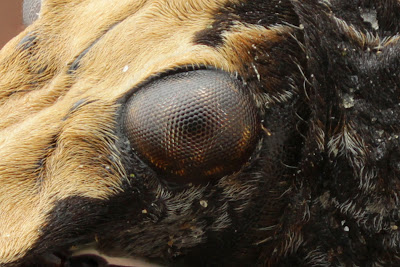 Stevie was running a moth trap on the heath tonight in a quest for Scarce Prominent.  This was a good incentive for me to go out looking for things at night.  I do not often do this, but when I do, it is always so good that I am surprised that I do not do it more often.  It was still warm after the sun had disappeared, and as usual every tree trunk had at least one or two Nalassus laevioctostriatus on it.  By day, this is a beetle you find easily enough under logs and stones, but never in such numbers that you would think it would be the commonest insect at night, which is what it appears to be.  I like the Tenebrionidae: they are an assortment of beetles that share no obvious character other than they each resemble a species from another family.  Nalassus laevioctostriatus is a carabid lookalike, but apart from not looking quite right, it is sluggish and not prone to scurry away so rapidly when you disturb it in its day time home. 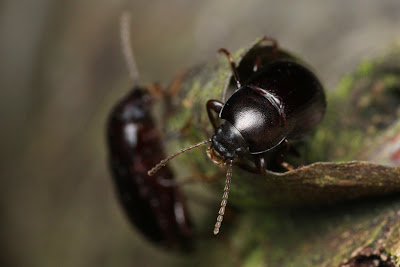 I went down to check the log pile and found a true carabid, the violet ground beetle Carabus violaceus, wrestling with an unusual prey item: a sultana in a pile of bird food that I assume someone had left to try to attract birds in so they could photograph them.  As I shone the torch over the hundreds of Nasalus and woodlice, I found something that immediately aroused my interest: a Clerid.  There are only 14 members of this family in Britain, but they are all striking beetles.  This one was like a long, thin ant beetle, and was easily identified as Opilo mollis, a scarce species that makes its living hunting furniture beetles in dead wood.  I found another on a pine next to the wood pile a little later. 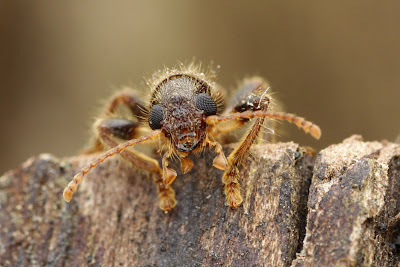 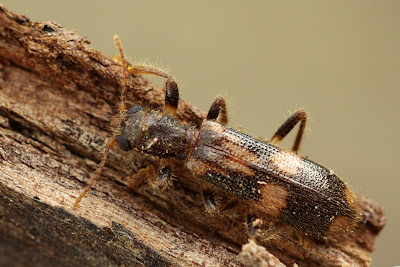 This was good enough to make me glad that I had come out, but when I went round to the other side of the pile I saw a little white smiley face that put an even bigger smile on mine.  The smiley face was the pattern on the back of Platystomos albinus, a curious weevil that I had only seen once before: on this same log pile, at night, two years ago! 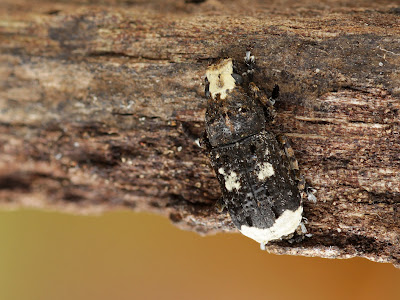 Platystomos is a member of a strange group of weevils.  They are often grotesquely beautiful, they eat unusual things (for weevils - the genus Anthribus includes our only predatory weevils), and none of them is common.  Platystomos feeds on dead wood, and is not often encountered.  I thought this was all my luck used up for the evening, but a few logs further on there was our other large Anthribid, Platyrhinus resinosus!  To find both these species within a minute and a metre of each other was amazing. 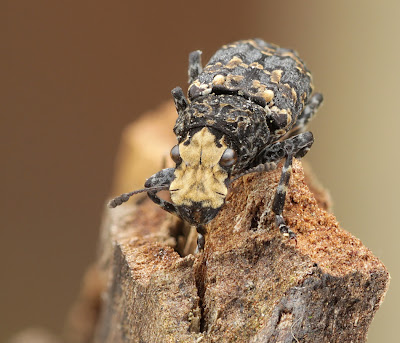 Platyrhinus is more widespread and more readily found than Platystomos, but it is perhaps more bizarre looking, with its fierce eyes, skull-like face, and marbled velvet body.  It is associated with King Alfred's Cakes Daldinia cencentrica, a fungus that is usually found on Ash.  I have never seen Daldinia on the reserve, but we have several records of Platyrhinus, and I think it must be using a different fungus here. 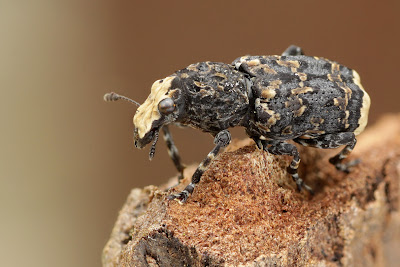 Andy came to look at the log pile and found another Platystomos and another Platyrhinus.  On our second time around we counted five female Platystomos and one male.  When I found the female two years ago I thought this species might be just a vagrant to the site, but we obviously have an established population.  The male has splendid and very un-weevil like antennae. 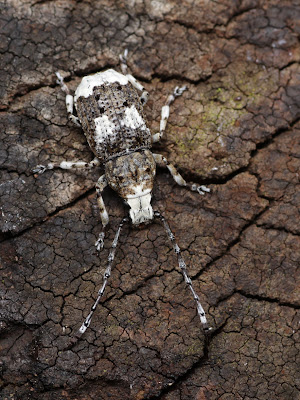 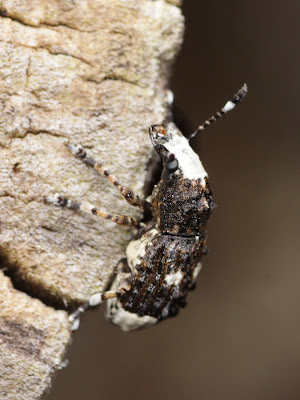 I took one of each species home to get some photos the next morning (they were both released back at the log pile later in the day). 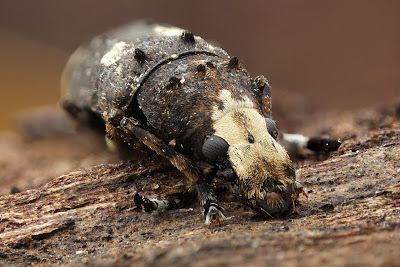 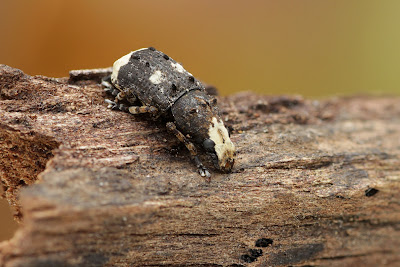 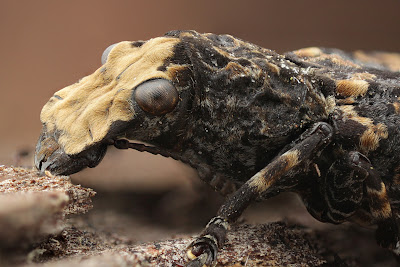 It was going to be hard to top that, but I did a bit of nocturnal sweeping in the heather, which again was pleasingly different to doing it in the day, when it is usually unproductive.  As well as a few heather beetles Lochmaea suturalis, there were two common broad-nose weevils, Otiorhynchus singularis and Otiorhynchus ovatus, and two bugs that are frequent by day or night, Rhopalus parampunctatus and Kleidocerys resedae, each a lovely rusty-orange colour. 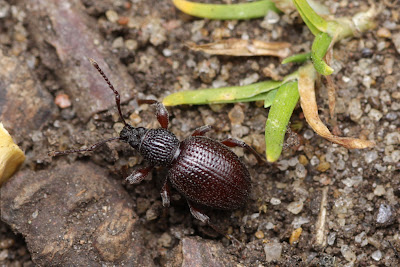 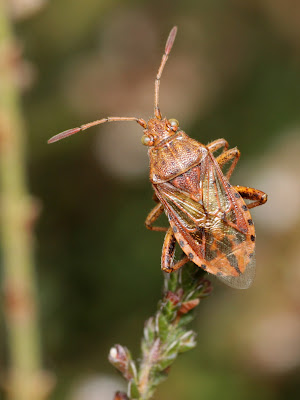 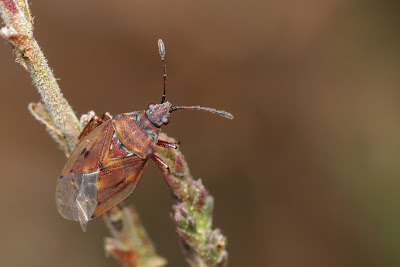 There were many Amara and Harpalus on the path, including the metallic Harpalus affinis, and Andy found Trox scaber, an armoured dung beetle, which I do not find very often.  I must stay up late more often. 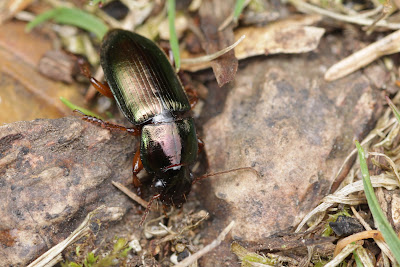 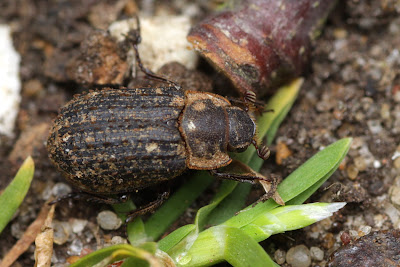