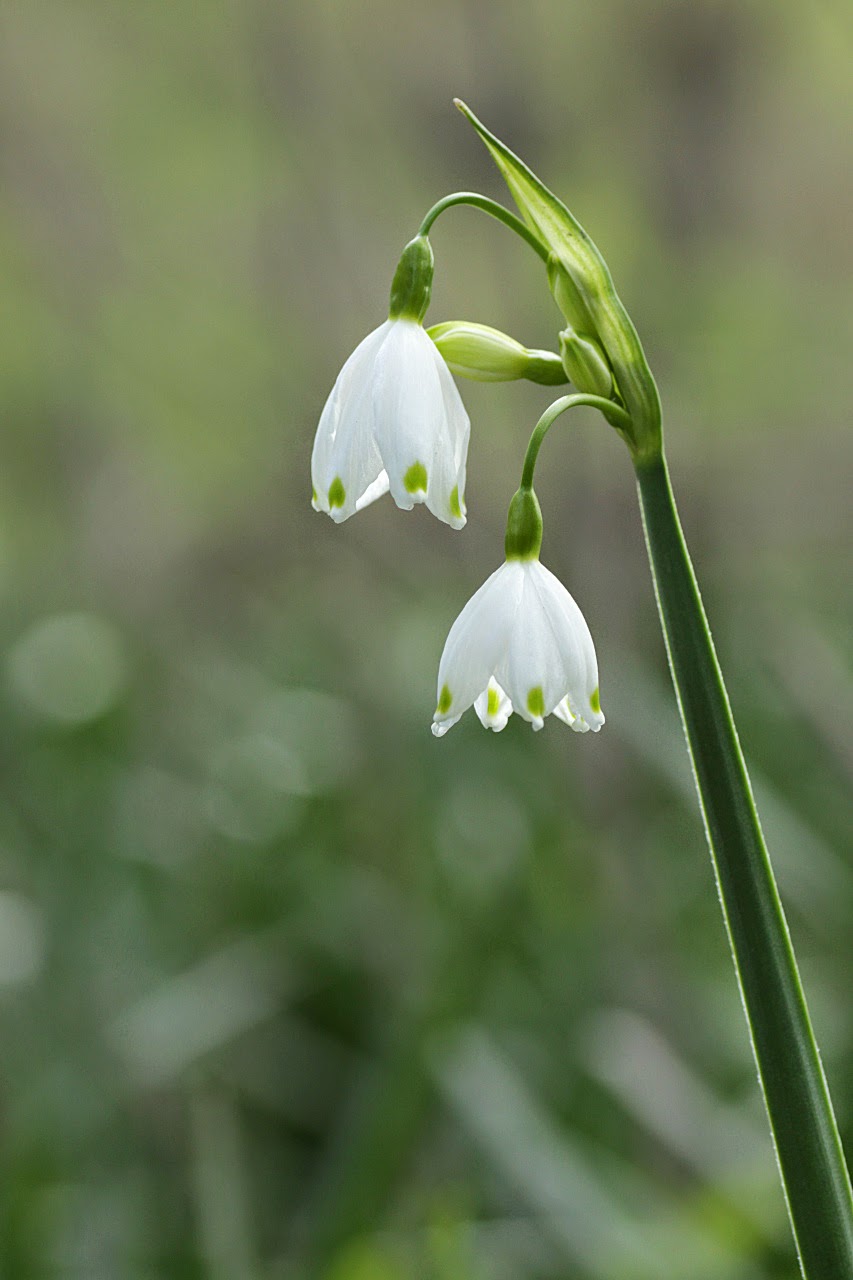 This is one of my favourite plants.  The Summer Snowflake Leucojum aestivum has an enchanting English name, crisp white lampshade flowers that dangle seductively from the top of a neat stalk, each petal tastefully adorned with a pure green spot, and shiny green leaves with a squeaky texture that arch out from the base of the plant.  It is a beautiful thing to start the flower season with. 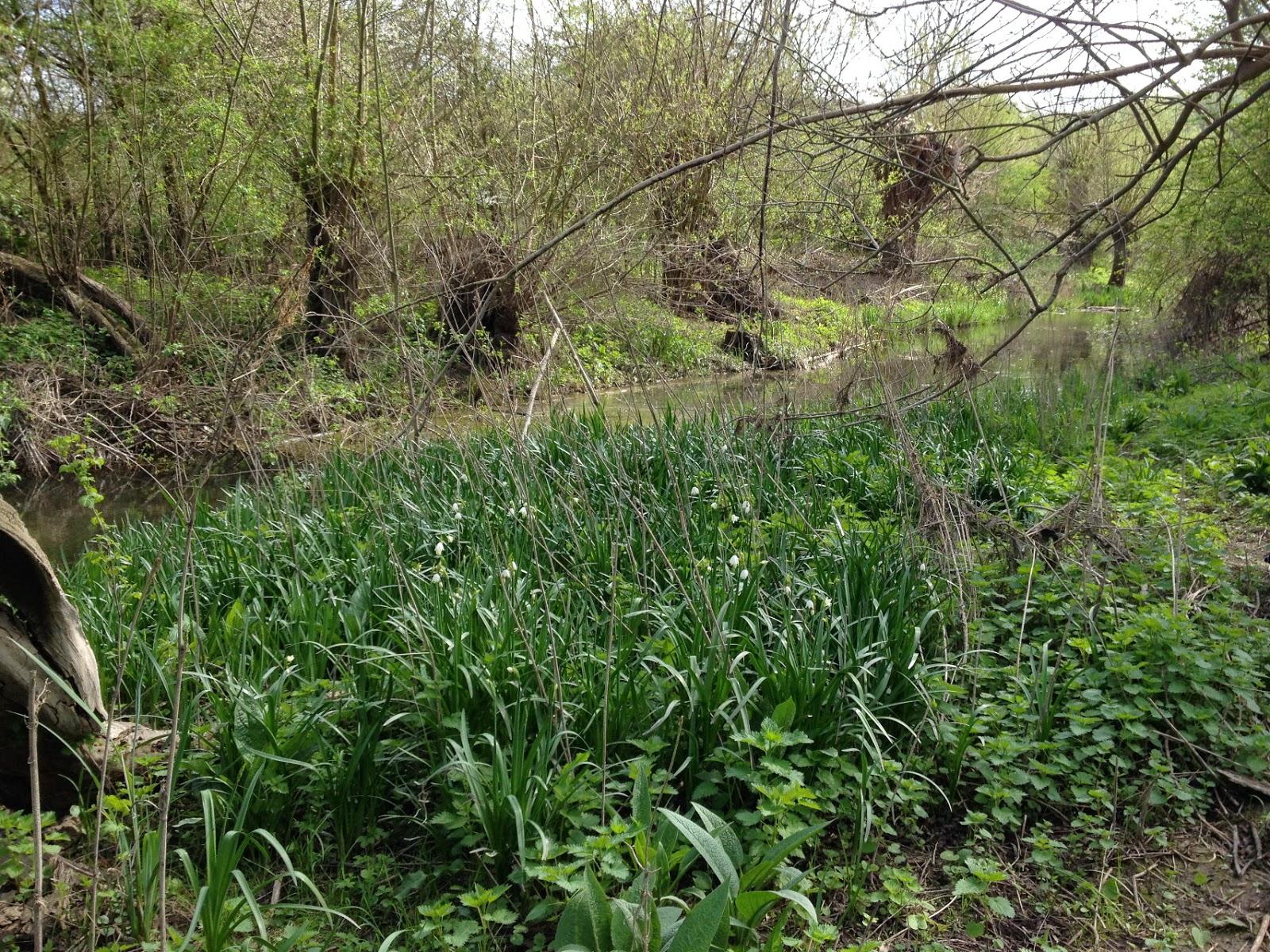 After my meeting at Wallingford today I had a quick walk down to the Thames to admire the snowflakes.  They were growing along the edge of a small inlet rather than along the river itself, among nettles and willows as is often the case.  Summer Snowflake is listed in most British floras as a rare native, but I do not see how it can be.  I wish it were.  How I wish it were: it would lovely to have it as one of our native plants.  But to give it native status you have to ignore so many things.  First, it was not discovered in the wild until 150 years after it was first recorded as a garden plant.  It was first found wild between Greenwich and Woowich in 1788 in a place where its discoverer thought 'no garden could ever have existed', but downstream from any number of London, country estate, or Oxford college gardens.  Second, its supposedly native distribution is arbitrarily defined as the Thames and its tributaries.  Perhaps including the Somerset Avon too.  And the Meon in Hampshire.  And Maybe Littlehampton in Devon.  Possibly even in Suffolk.  In other rivers the plant occurs in no less wild situations as an acknowledged escape from gardens.  These show that Summer Snowflake can establish itself along rivers and take on the appearance of a natural part of the vegetation.  Why are some of these considered native, while others are not?  (The assertion that the obvious escapes are all Leucojum aestivum subsp. pulchellum and that subsp. aestivum is not grown in gardens is not true.  I have seen subsp. aestivum in Norfolk, where its grows with Spring Snowflake Leucojum vernum, both clearly the descendants of garden plants.)  The places I have seen it are rather uncomfortably near gardens, some of which even have snowflakes in them, and I see no reason to assume that the wild plants were moved to the garden rather than the other way around.  Last, as David Pearman has found out, it does not seem to be regarded as a native in any of the adjoining countries on the continent. 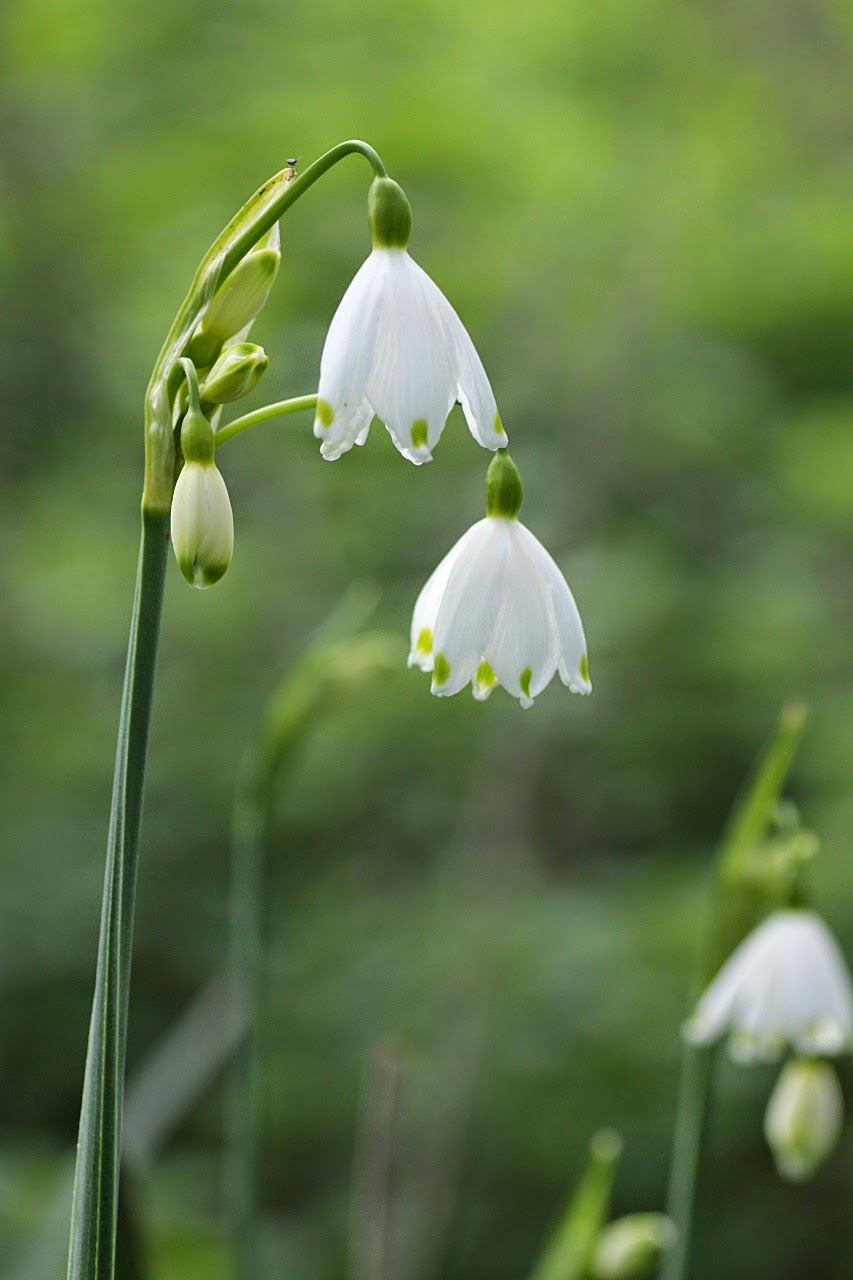 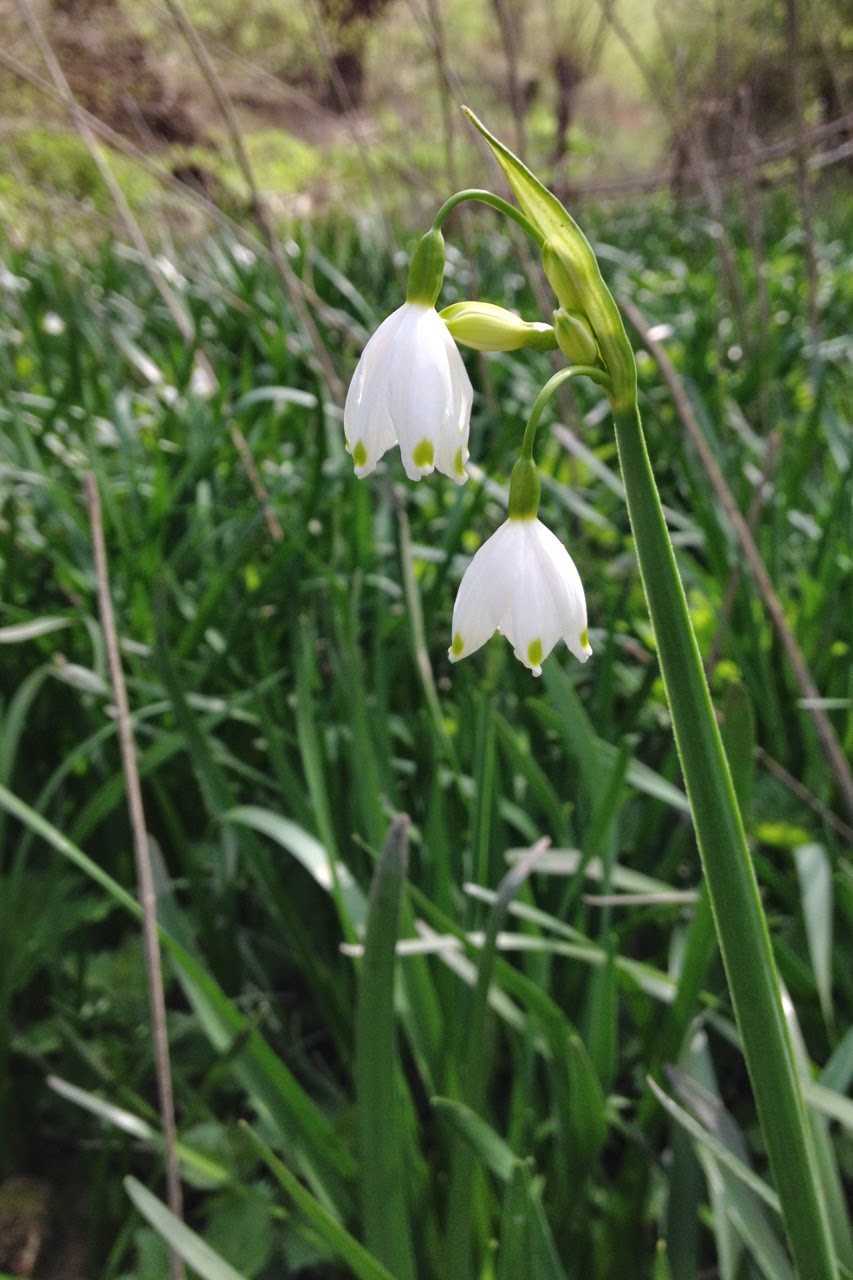 So I would love to believe that the Summer Snowflake belongs here, but it does seem to be a plant of southern Europe.  But, like the Fritillary Fritillaria meleagris, another plant that has traditionally been thought of as native but whose credentials fall down when you look at them objectively, it seems a harmless addition to our flora and it it has a place in the history and culture and heart of the few areas where it grows wild.  So in that sense it does belong and we should look after it.
Posted by Mark Gurney at 18:00