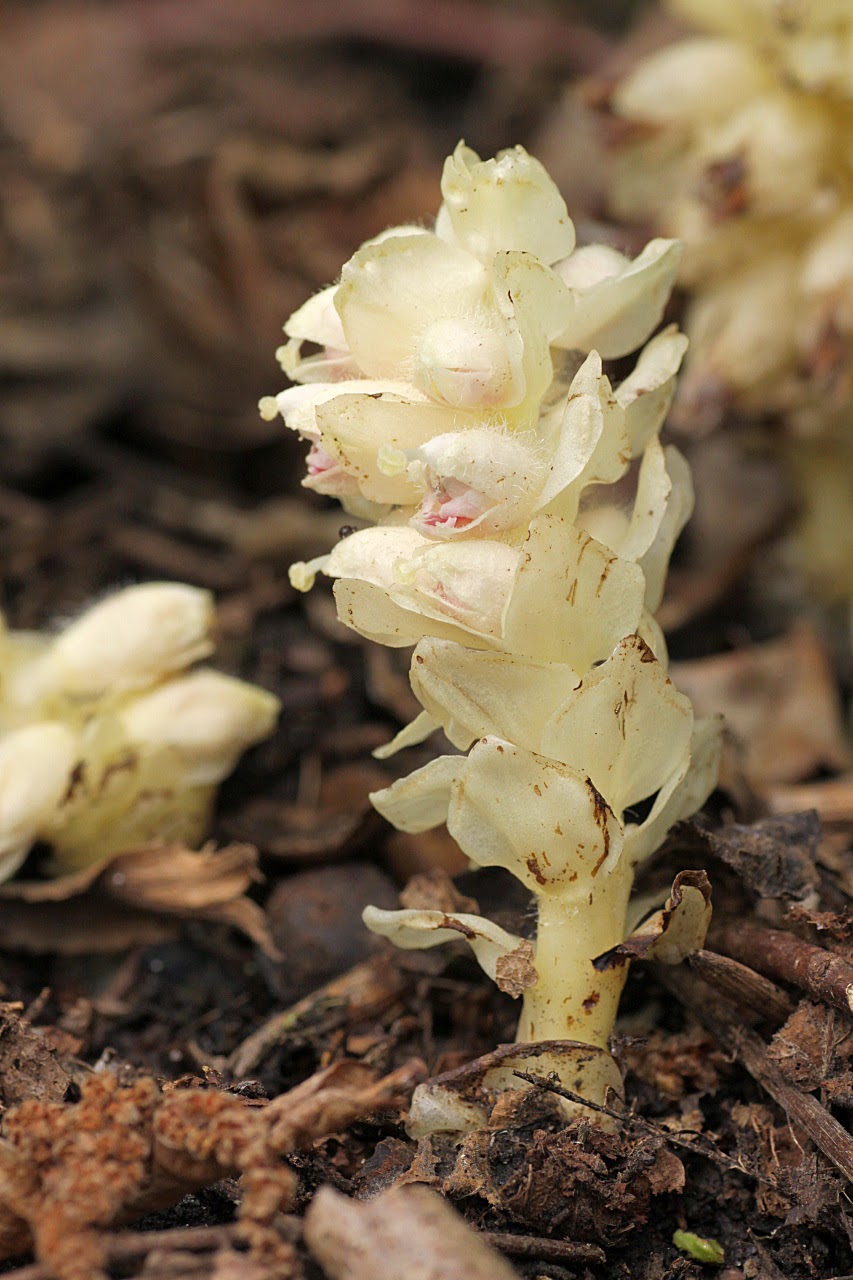 Last week my dad sent me some plant photos to identify.  I opened them when I was on the phone to mum and said 'Bloody Hell' when they came up on the screen.  For there was a group of eerie Toothwort Lathraea squamaria spikes looming out at me.  This is not such an uncommon plant in parts of Britain, but East Anglia is almost devoid of it and I had never seen in my home county, let alone the wood where I spent a lot of my early days botanising and birding.  So today, with the sun and the bluebells both out, I went back to Stevenage to see the new-found Toothwort for myself. 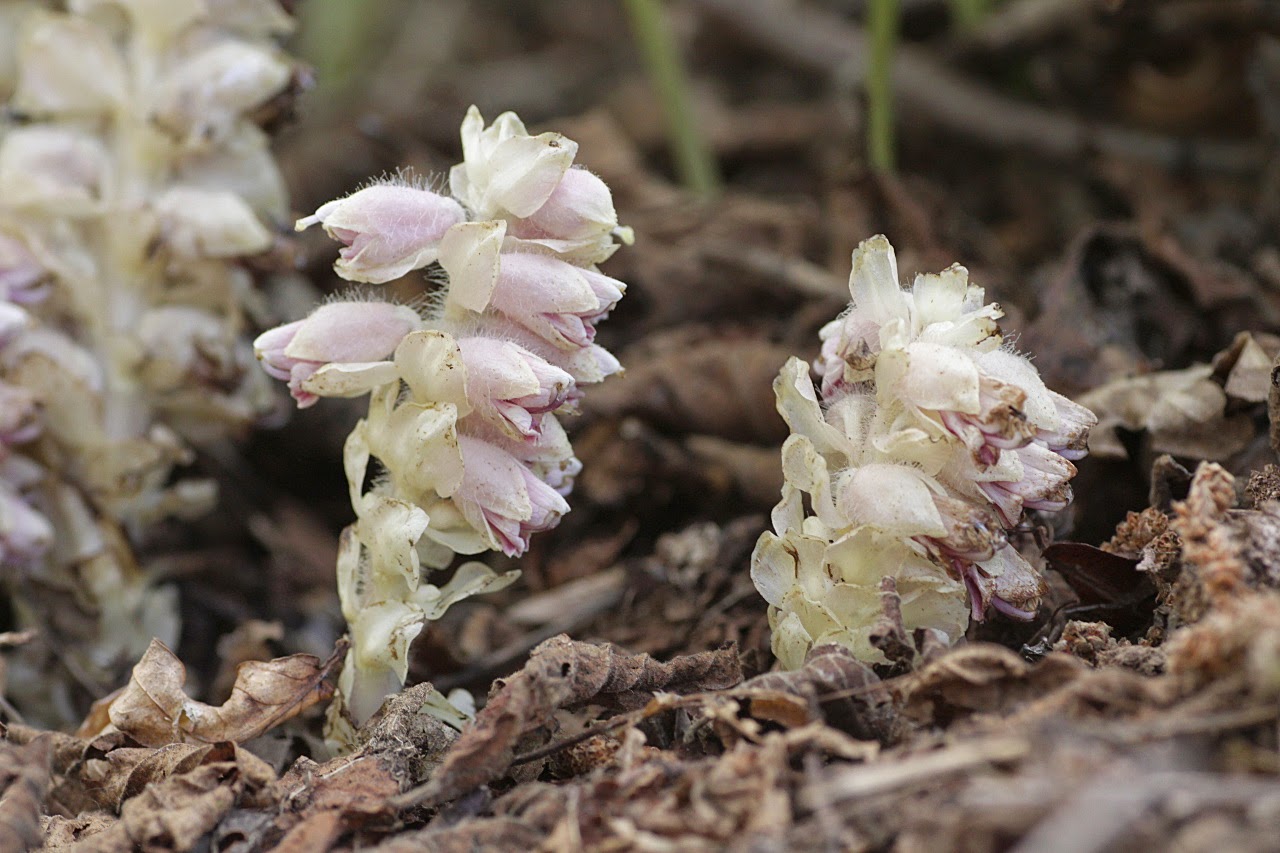 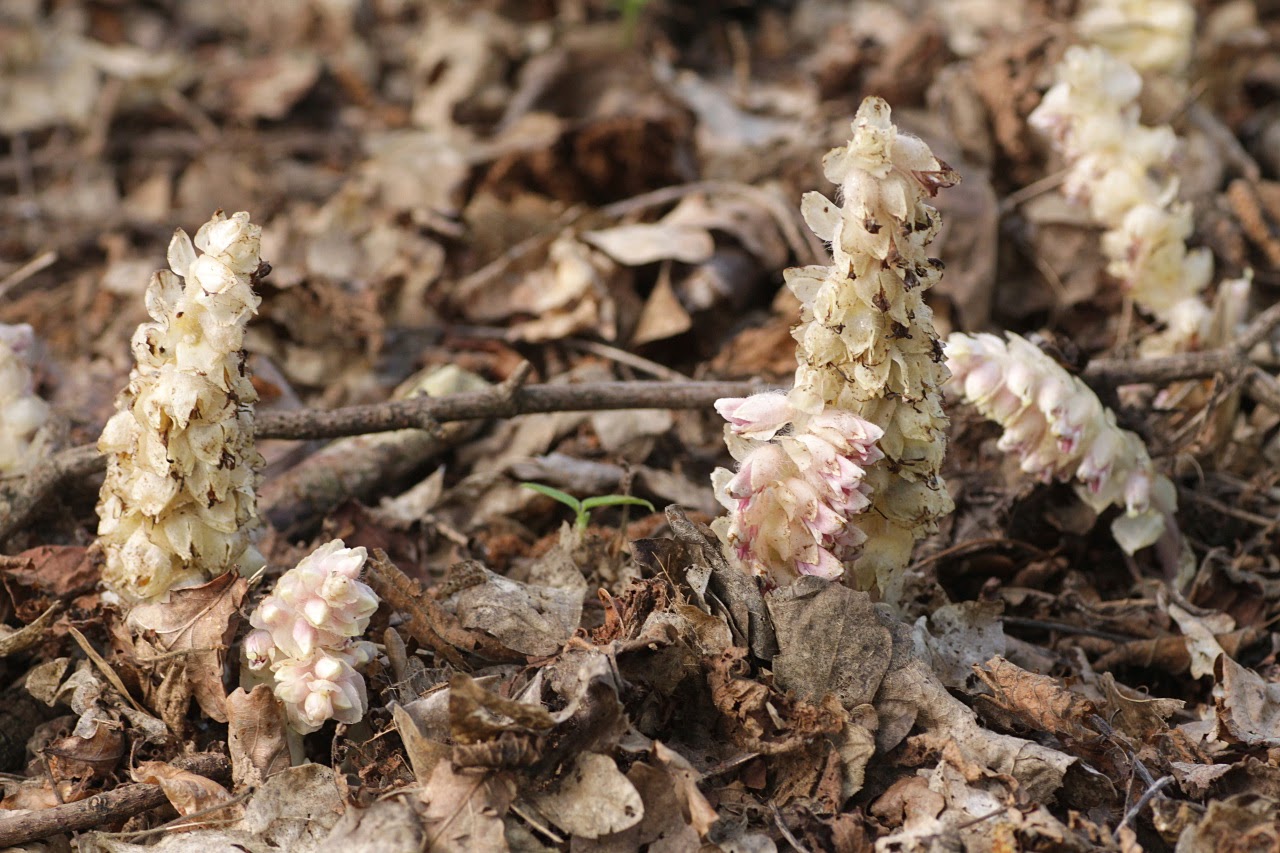 I do think it is rather an ugly plant, or perhaps unkempt would be fairer, but it is nonetheless beguiling, perhaps because it looks so unplant like.  There is something about its texture that gives it the look of bone and scales; teeth set in a jaw is an apt analogy.  So is Audrey from Little Shop of Horrors if you look at each flower individually when they are young with gaping mouths (see the photo at the top). 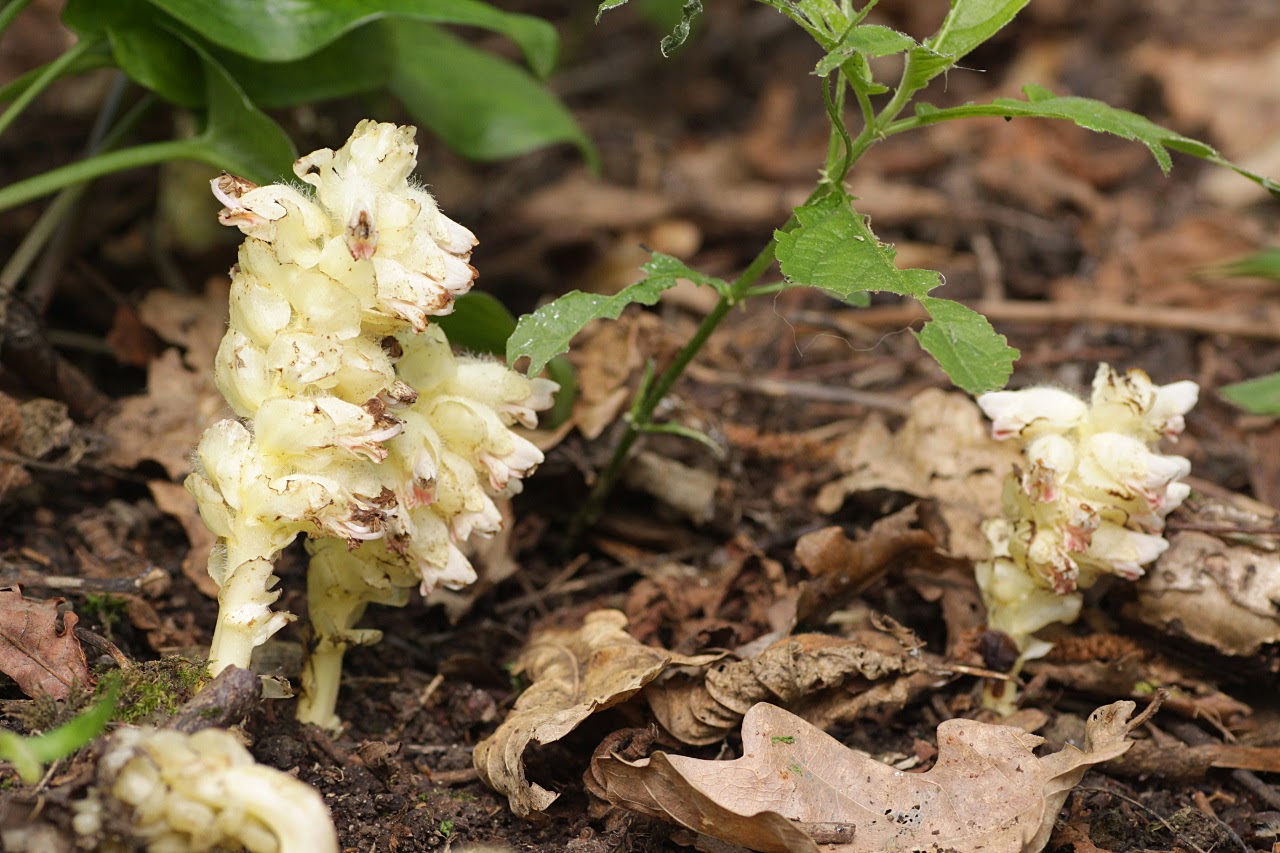 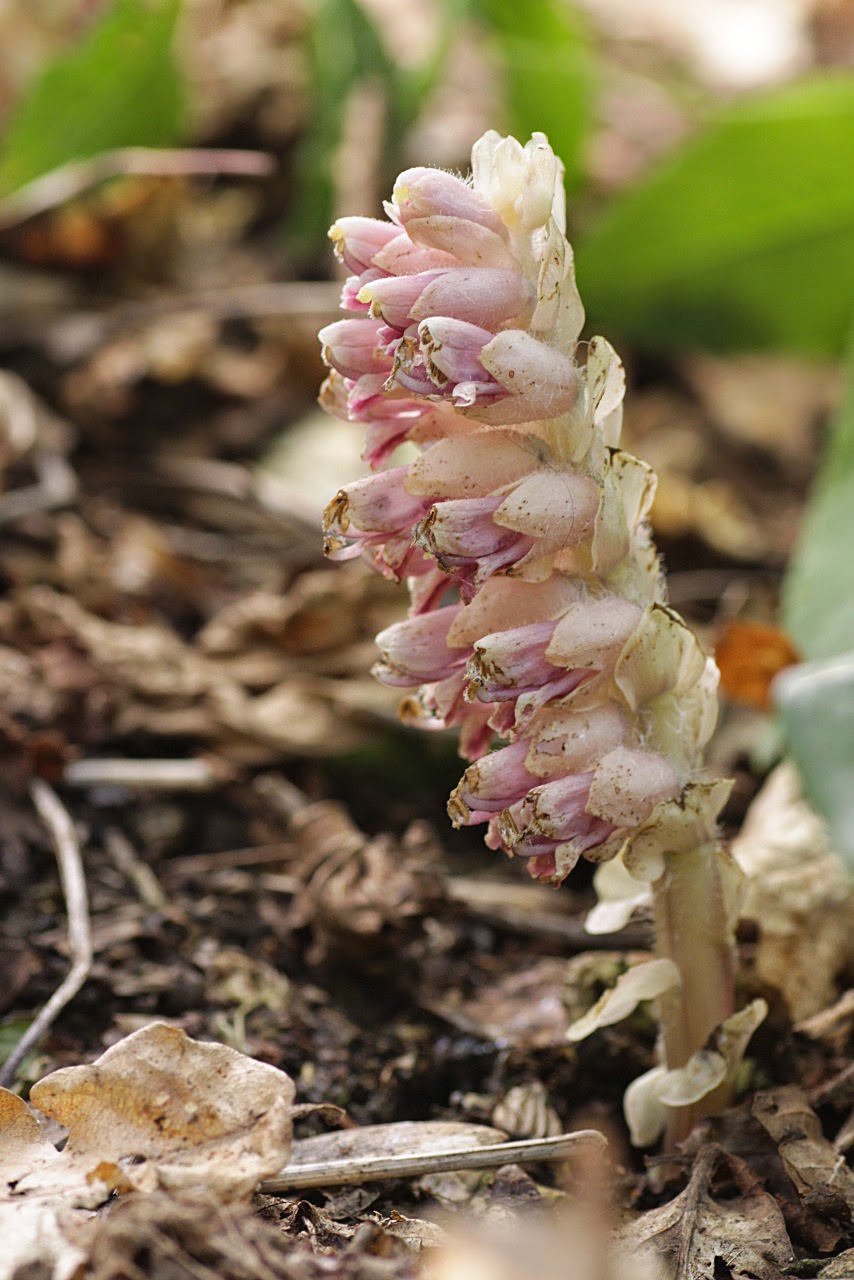 All this strangeness is possible because Toothwort has no need for leaves or greenery because it attaches its roots to those of another plant and helps itself to the good stuff.  All you see is the flower spike when it emerges through the leaf litter.  As with all the other Toothwort I have seen, these spikes were growing under Hazel Corylus avellana, which is the usual victim in Britain. 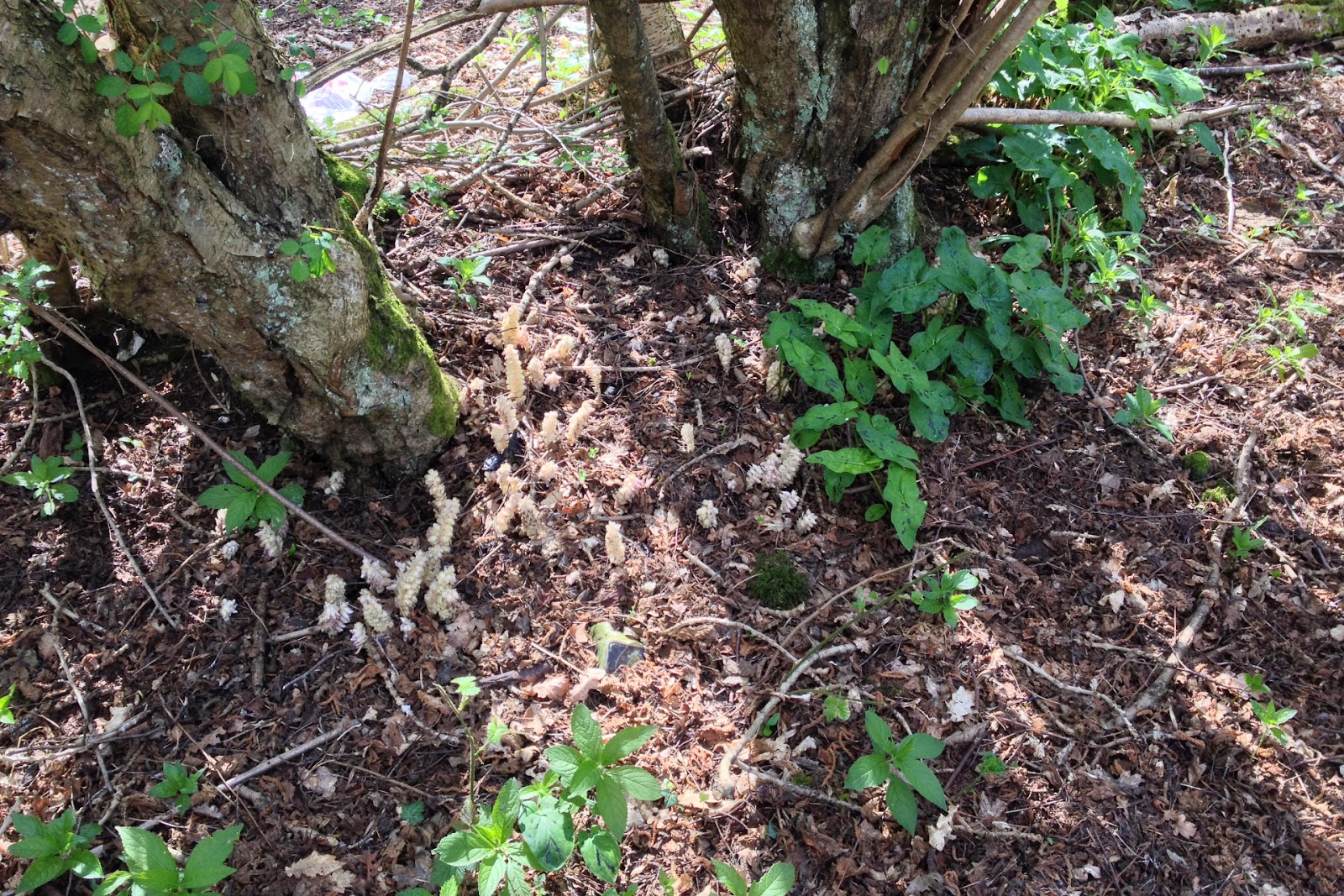 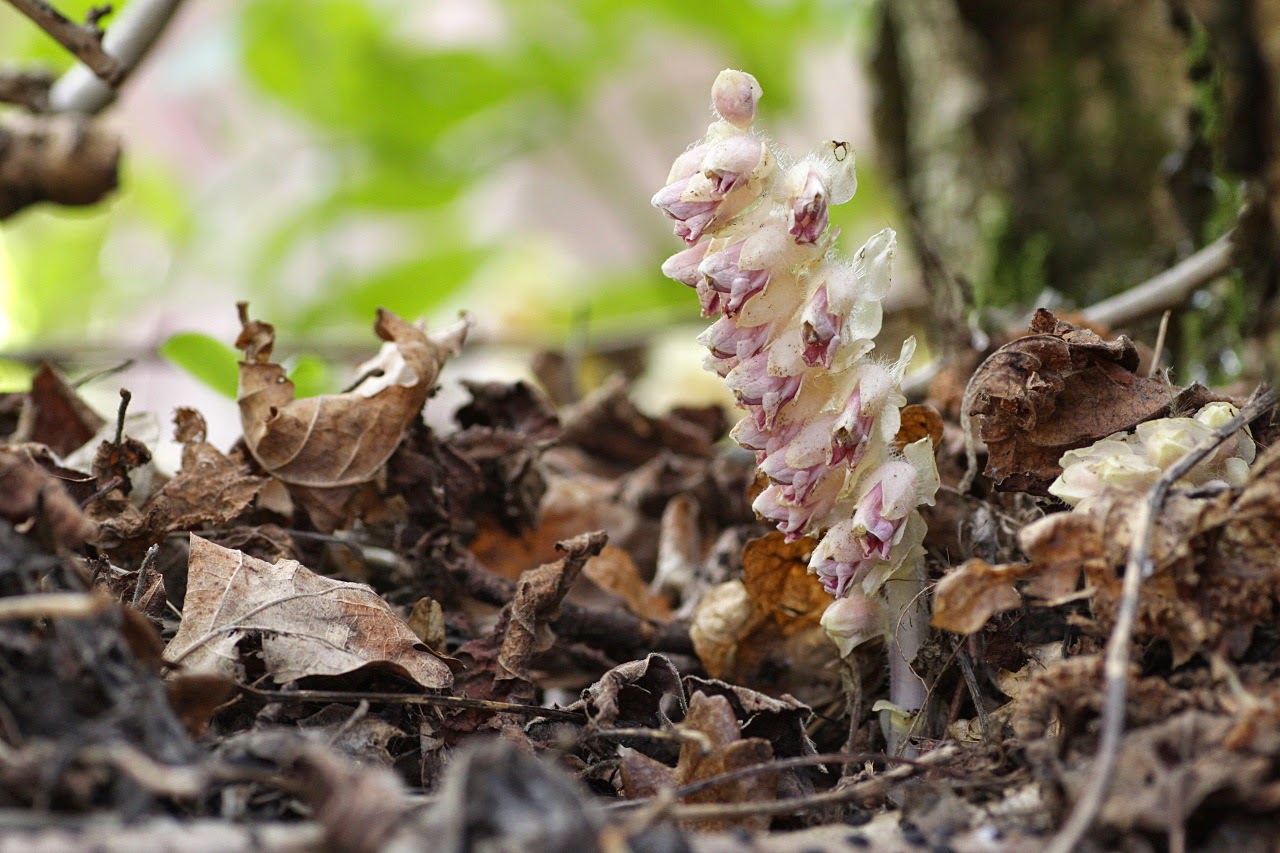 That was the morning's activity.  In the afternoon I went to Potton Wood, which can be relied upon to provide Marsh Tits.  It is also home to a small population of Oxlips Primula elatior, which seems to be getting smaller because of deer, brambles, and shade.  There were a still few flowers, but only a few.  For how much longer will Bedfordshire be able to claim Primula elatior as part of its flora?  The rest of the spring flowers were looking good, with Bluebell Hyaconthoides non-scripta, Lesser Celandine Ranunculus ficaria, and Wood Anemone Anemone nemorosa providing colour in the dappled shade.  And a couple of Marsh Tits. 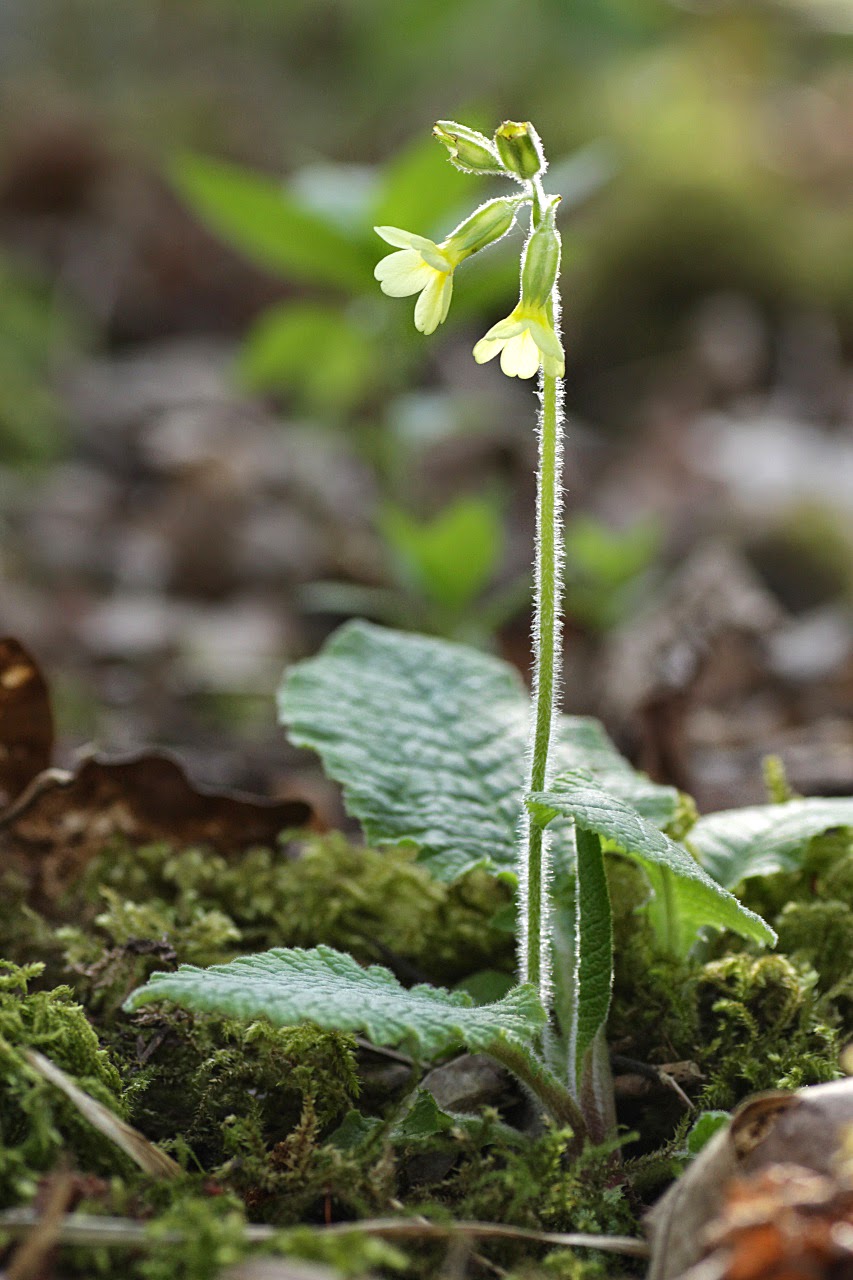