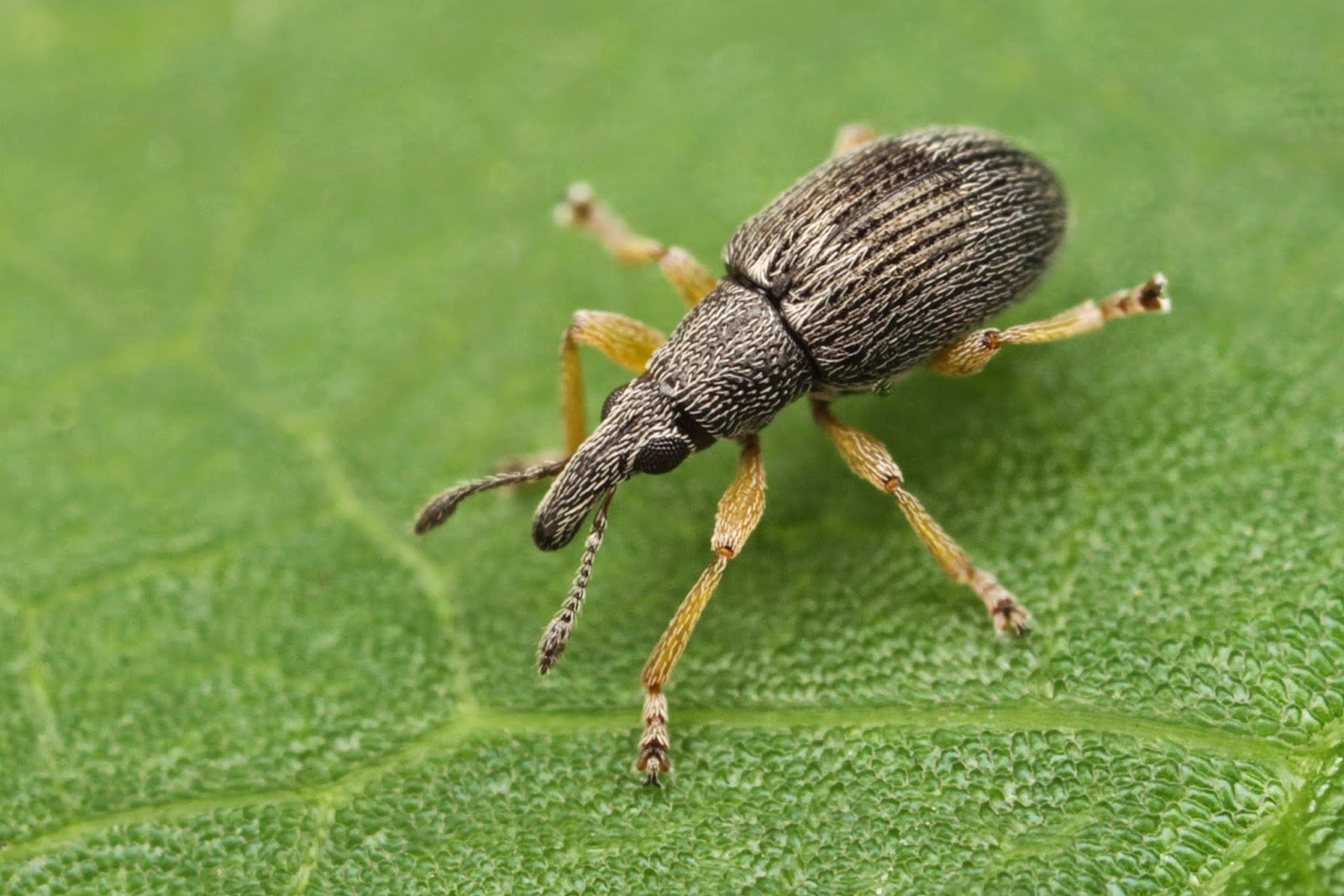 ﻿
'No shade, no shine, no butterflies, no bees, no fruits, no flowers, no leaves, no birds, November.'  Thomas Hood sums up my feelings on this month rather well, but this year October seems to have been given an extension and it has extended warmth and sun into the eleventh month.  I was in Dorset to ﻿look at ways of roughing up some of the heaths.  It was bright but cold: not a promising day for insects, but we found the leaves of Pale Heath Violet Viola lactea along the tracks, and some nice clusters of Nail Fungus Poronia puncata on pony dung. 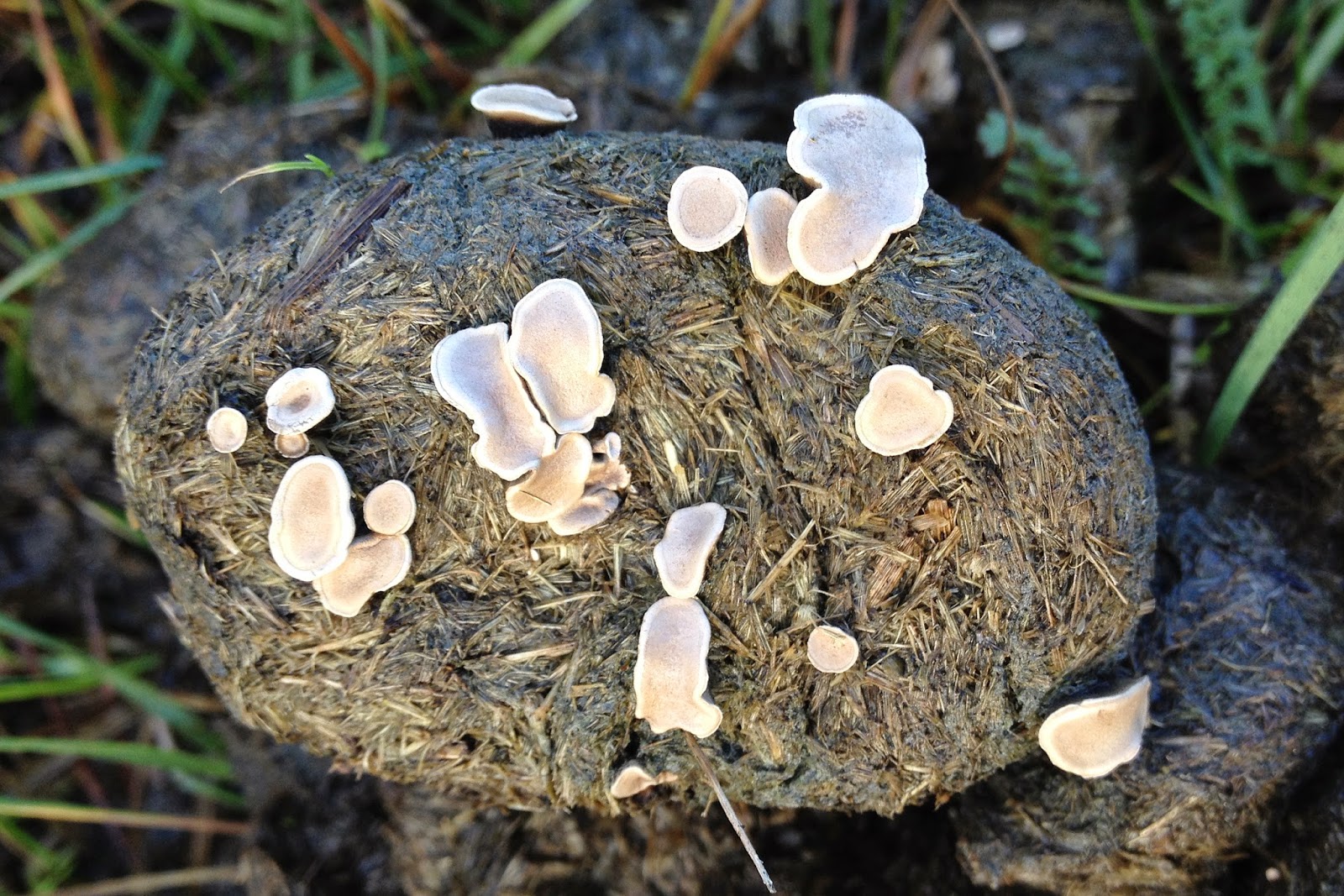 But the highlight came at the end of the day as we were diverted across the railway and around the building works at Wareham station.  The disturbance had produced a small crop of Annual Mercury Mercurialis annua by the path, and I noticed that something had been munching at the leaves.
﻿ 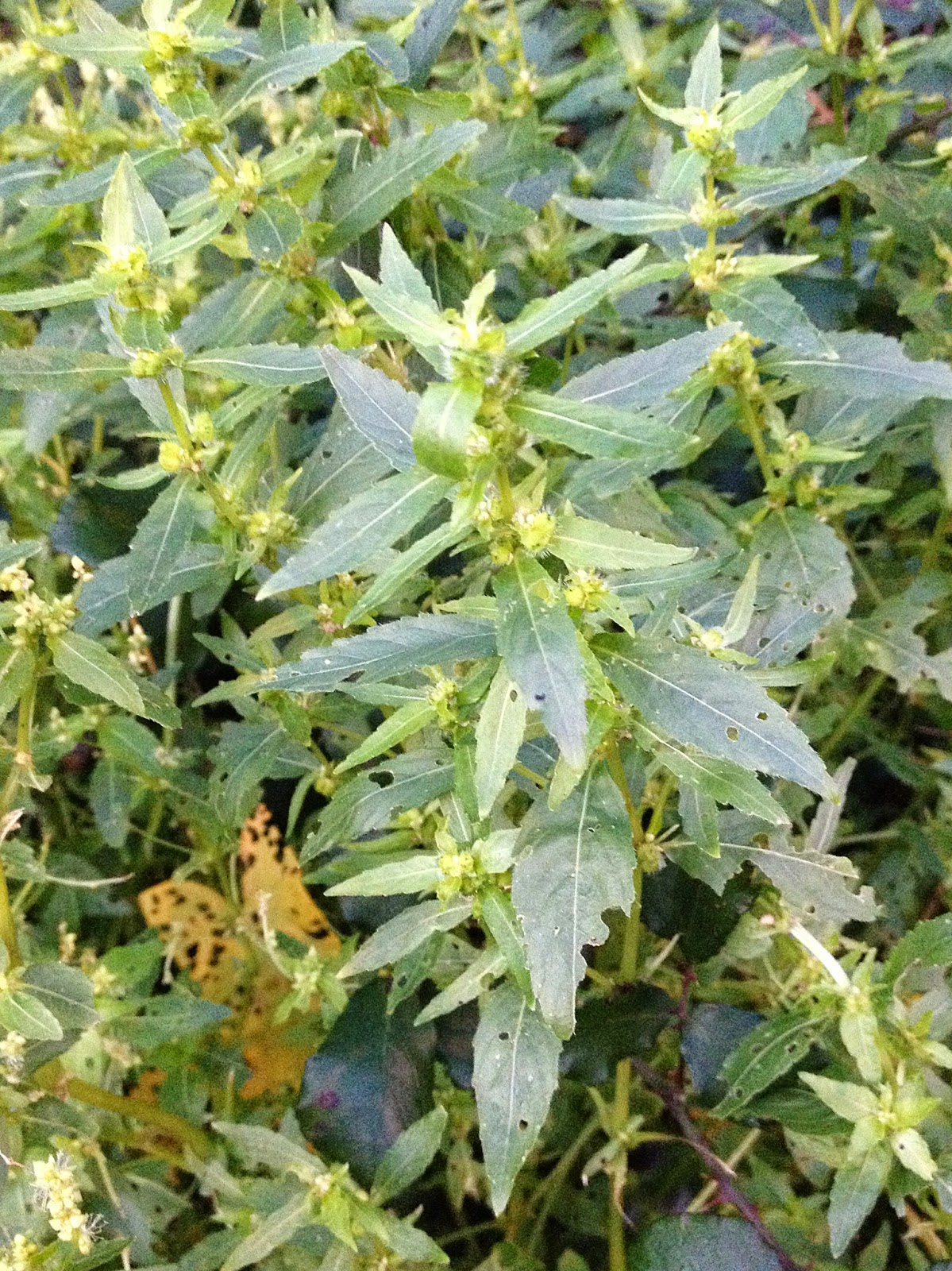 Two of our weevils are often found late in autumn on their host plants, one for each of our Mercurialis: Kalcapion pallipes in woods on Dog's Mercury, and Kalcapion semivittatum on Annual Mercury. I do not know whether the adults feed on leaves, but I thought it was worth checking to see whether the damage had been caused by Kalcapion semivittatum, a very scarce insect I had never found, despite searching almost any bit of Annual Mercury I find. 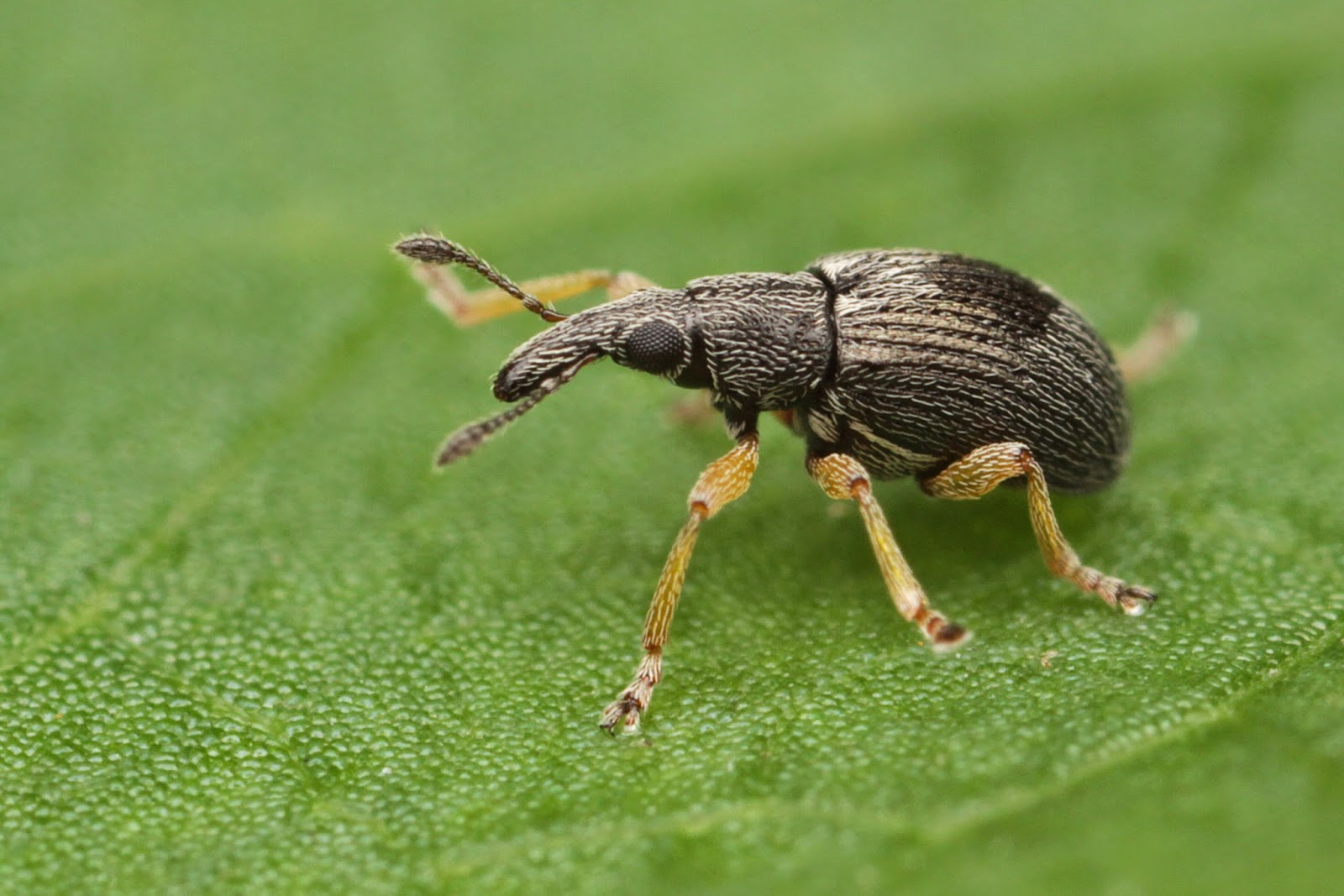 I peered in among the stems and flowers trying not to touch the plants and cause any lurking weevils to panic and drop to the ground where they would be very hard to find.  And yes, after a minute or so of staring I found one: hurrah.  Small, and greyish because of the covering of white hairs, with yellow legs and the characteristic bare patch on the middle of the elytra.  In any other species I would assume this was where the hairs had rubbed off, but even the freshest adult Kalcapion semivittatum has this spot, which, rather than being bald, is caused by the hairs being brown unlike the white ones that coat the rest of the body.  Now, I must go and find a wood and look for pallipes before November really does arrive. 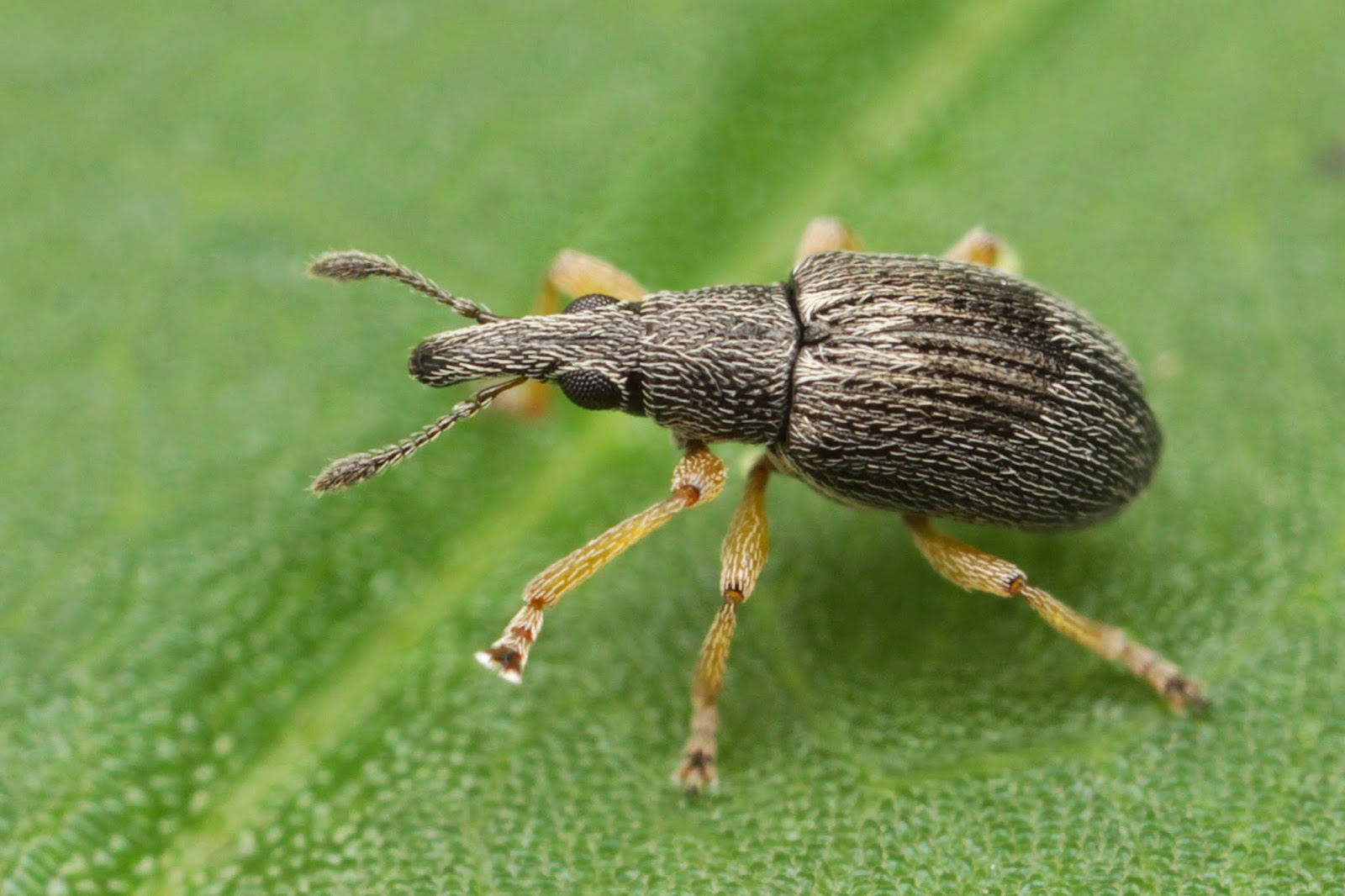