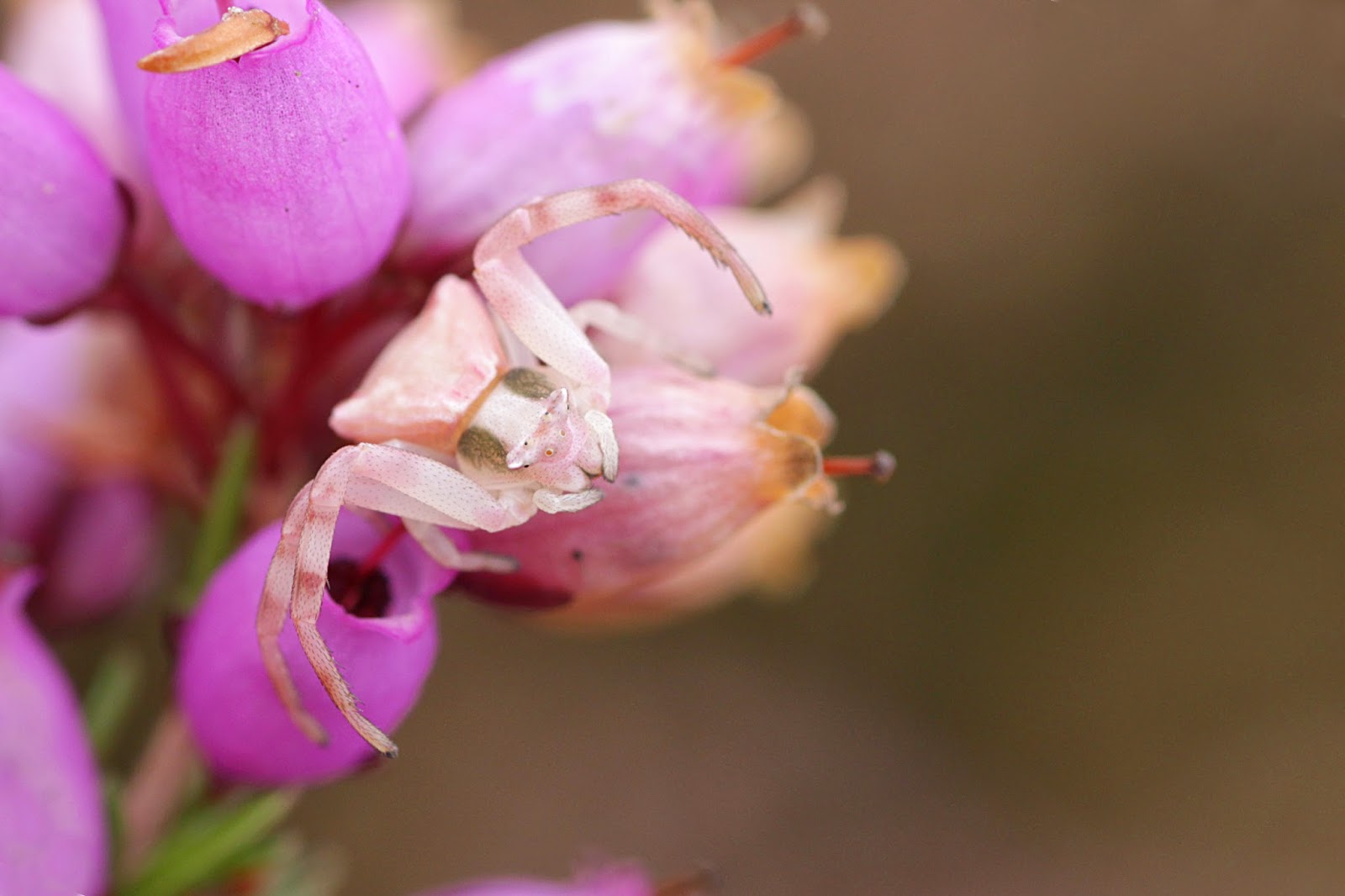 Our first stop at Arne was a yard where timber and other materials had been dumped.  Vehicles have disturbed the ground here, leaving seasonally wet bare ground: just the place to look for rare plants.  Mossy Stonecrop Crassula tillaea was here, growing next to the shocking purple and yellow flowers of Sharp-leaved Fluellen Kickxia elatine.  I pointed to a corner of the site and announced to the trainees that it was the kind of place I would look for good things.  I was unusually proved right when I found myself walking over a some tiny strands of Coral Necklace Illecebrum verticillatum. 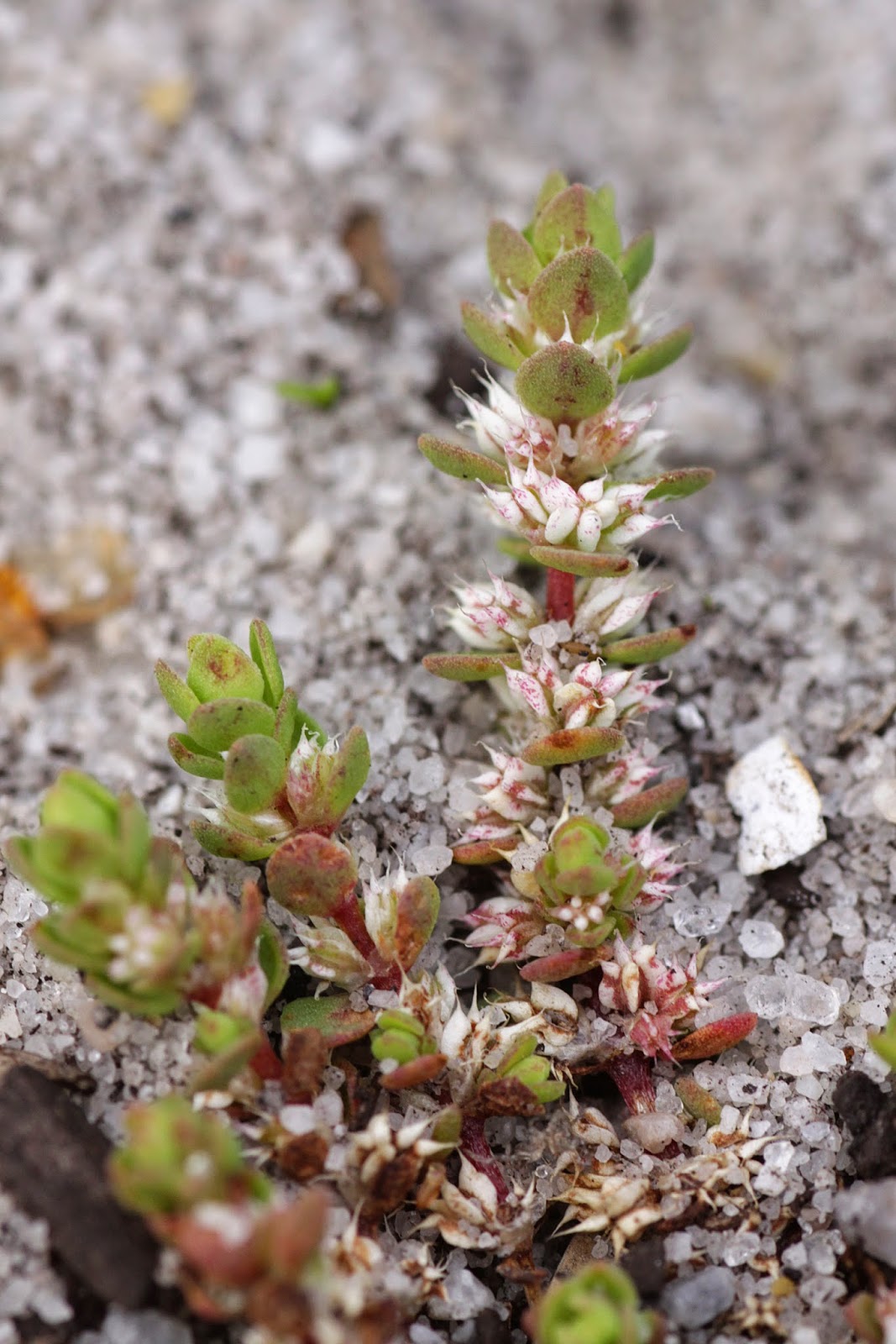 The whorls of hard, pointed white flowers, like mouse teeth are unique in our flora, making this species easy to recognise despite its smallness.  It is one of the characteristic plants of dry ponds in the New Forest, like some of the species we saw yesterday, but David Pearman points out that while it has been known from Cornwall for over 350 years, it was not discovered in the Forest until 1925.  Pennyroyal Mentha pulegium  and  Small Fleabane Pulicaria vulgaris had both been found over 80 years earlier, and it seems incredible that botanists who had found these plants had not noticed Coral Necklace at the same time in the same places. 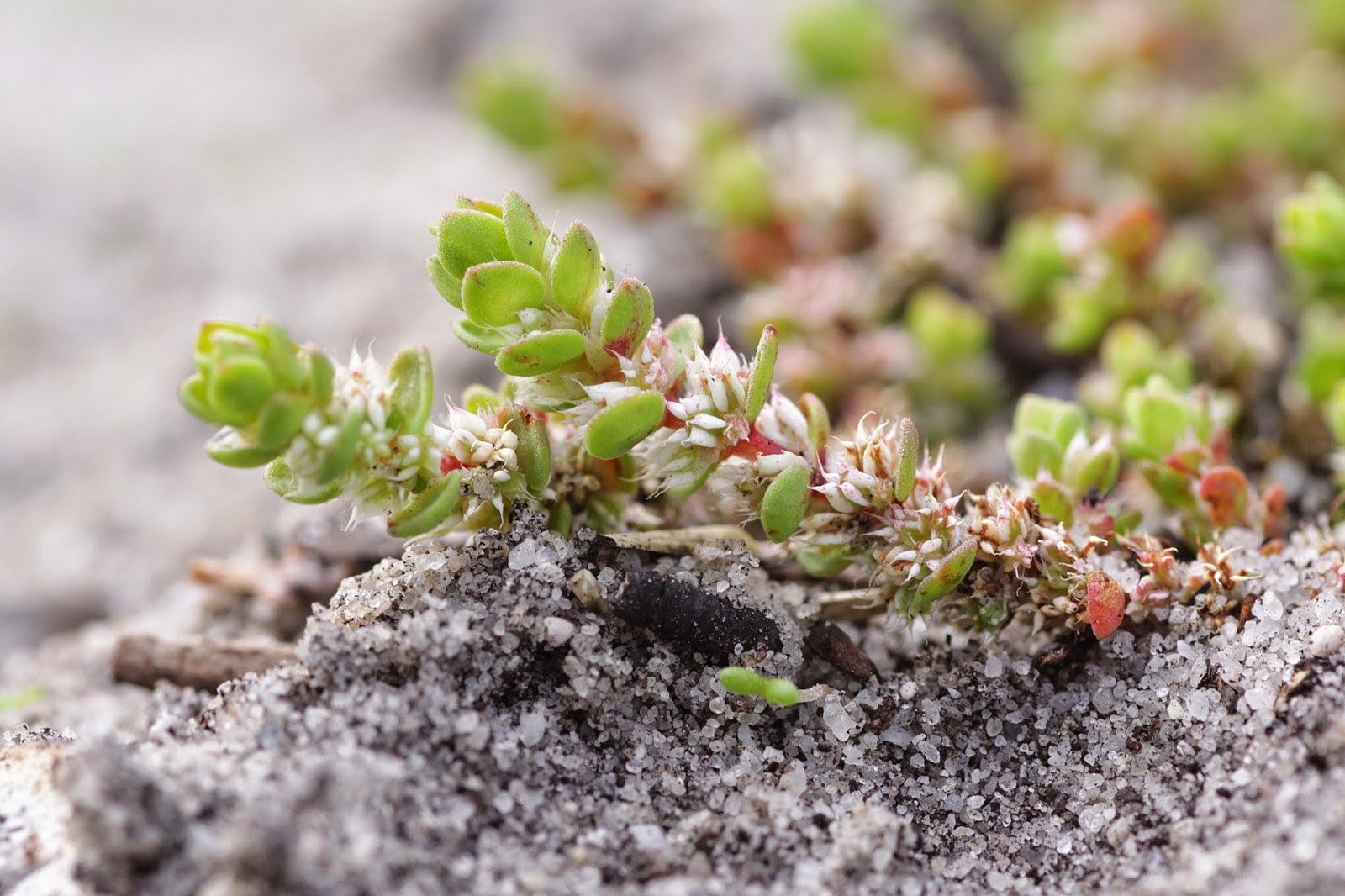 It was unknown in Dorset until the 1980s, but it is now abundant at Barnsfield.  Some of the Arne machinery works at Barnsfield, so there is little doubt that it has arrived here on vehicle tracks.  These small annuals of wet ruts on heaths must have been travelling on cart wheels and horse hoofs for hundreds of years, and I am tempted to see tractor tyres as the modern equivalent, and part of the semi-natural dispersal of the plants. 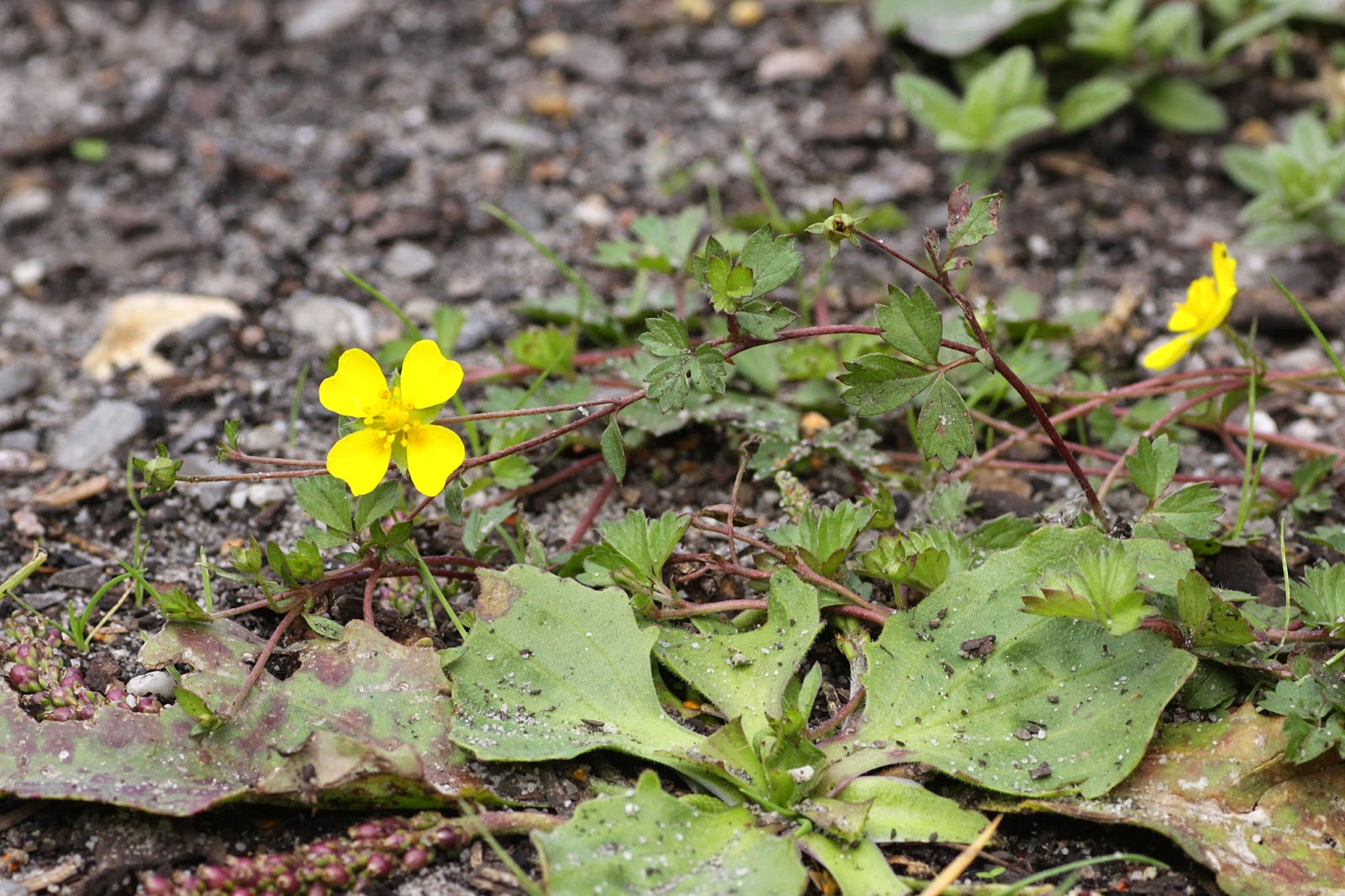 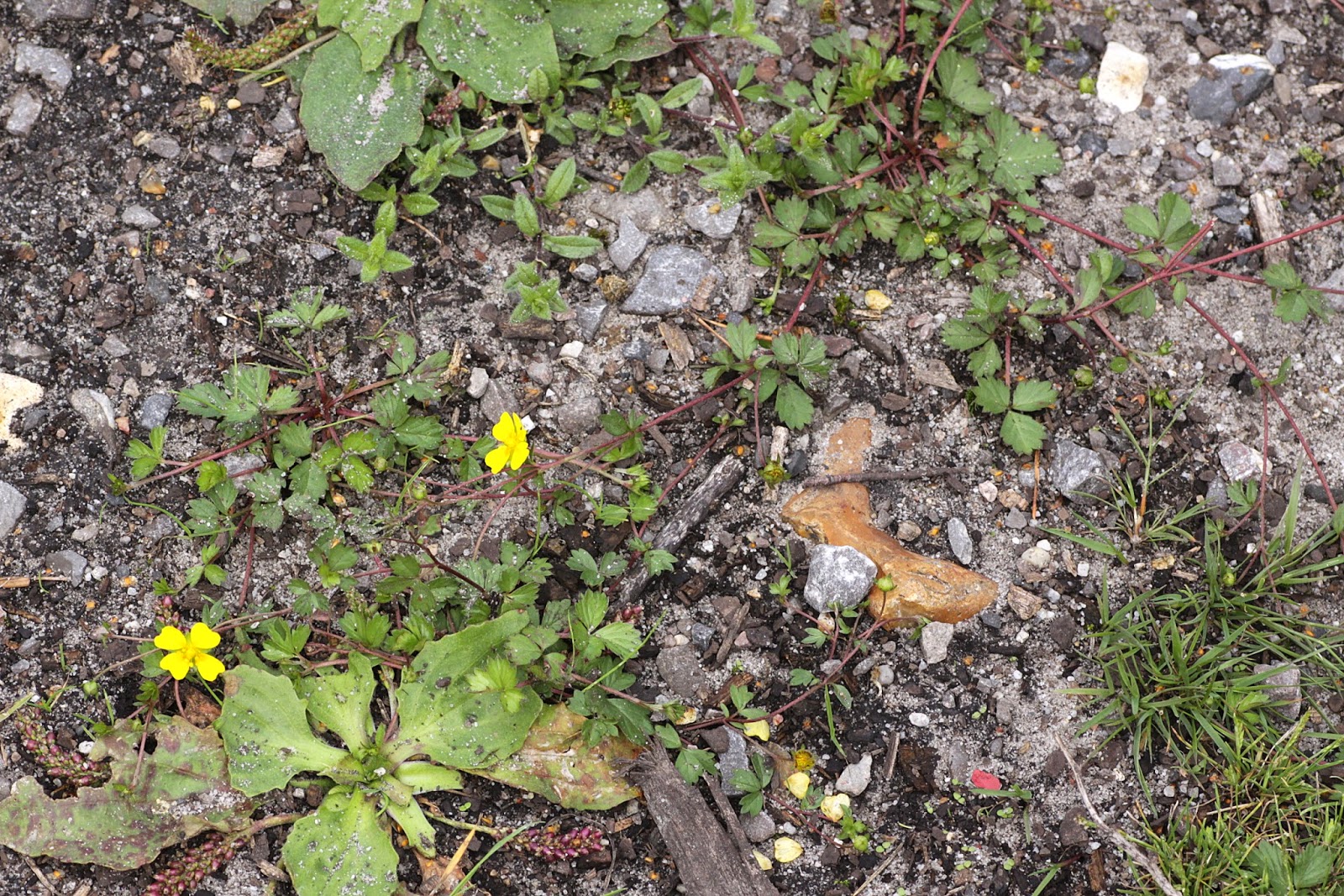 Today's plants had ripening fruits hidden behind their sepals (see photo below), demonstrating their fertility, and I was happy to call them anglica, a species formed by an ancient hybrid between reptans and erecta, which doubled its chromosomes and became fertile. The last of today's special plants, Dorset Heath Erica ciliaris, is another frequent hybridiser.  It is on the right, with its distinctive pyramid of flowers, each of which has a down-turned spout, two features that set it apart from our other heathers.  On the left is its hybrid with Cross-leaved Heath Erica tetralix.  The hybrid has a round head of flowers like tetralix, but there is a hint of a spout and they are darker pink.  The surest way to separate the three is to look at the anthers: tetralix has a pair of long white horns sticking out the bottom of its anthers; these are absent in ciliaris and present but much shorter in the hybrid. 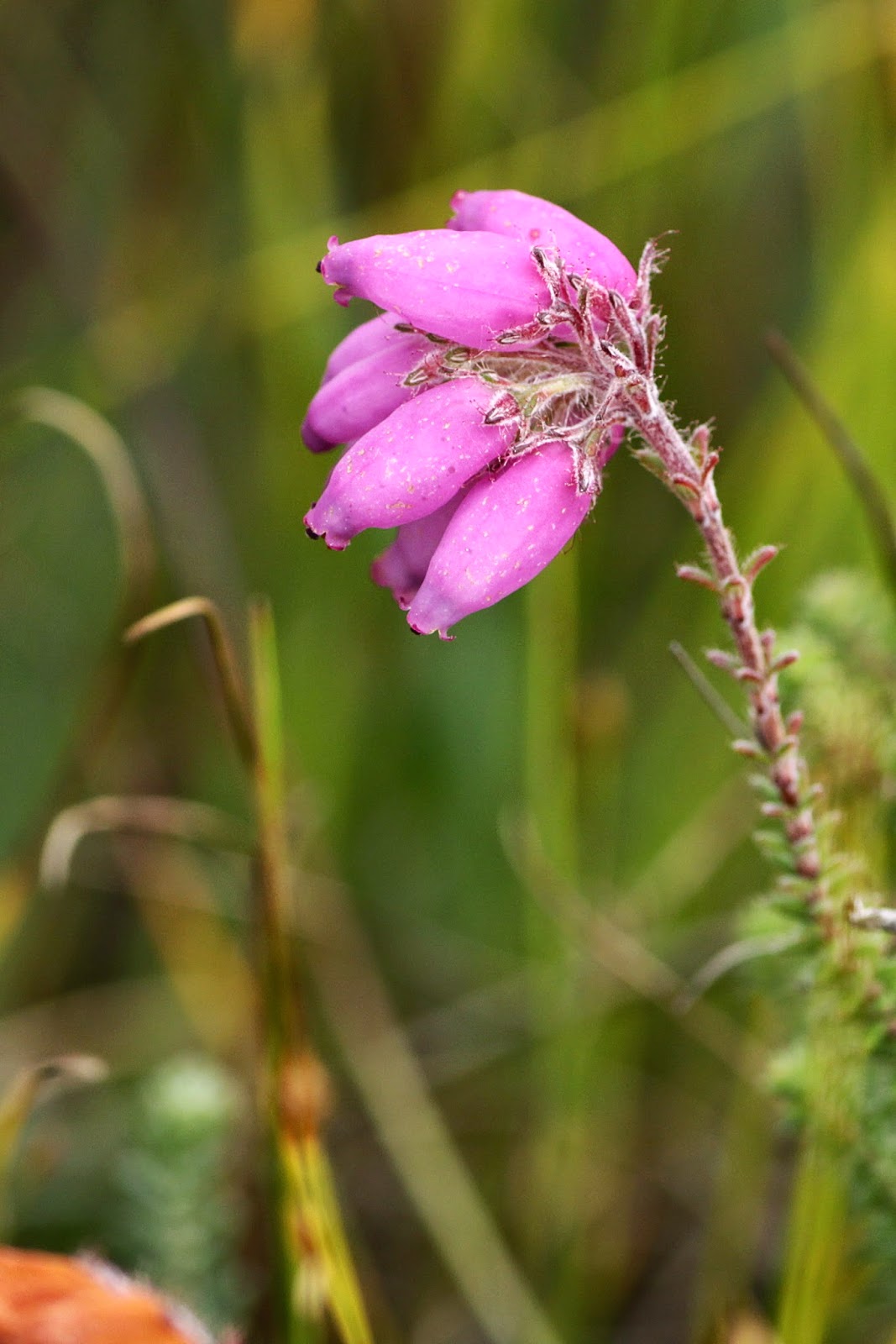 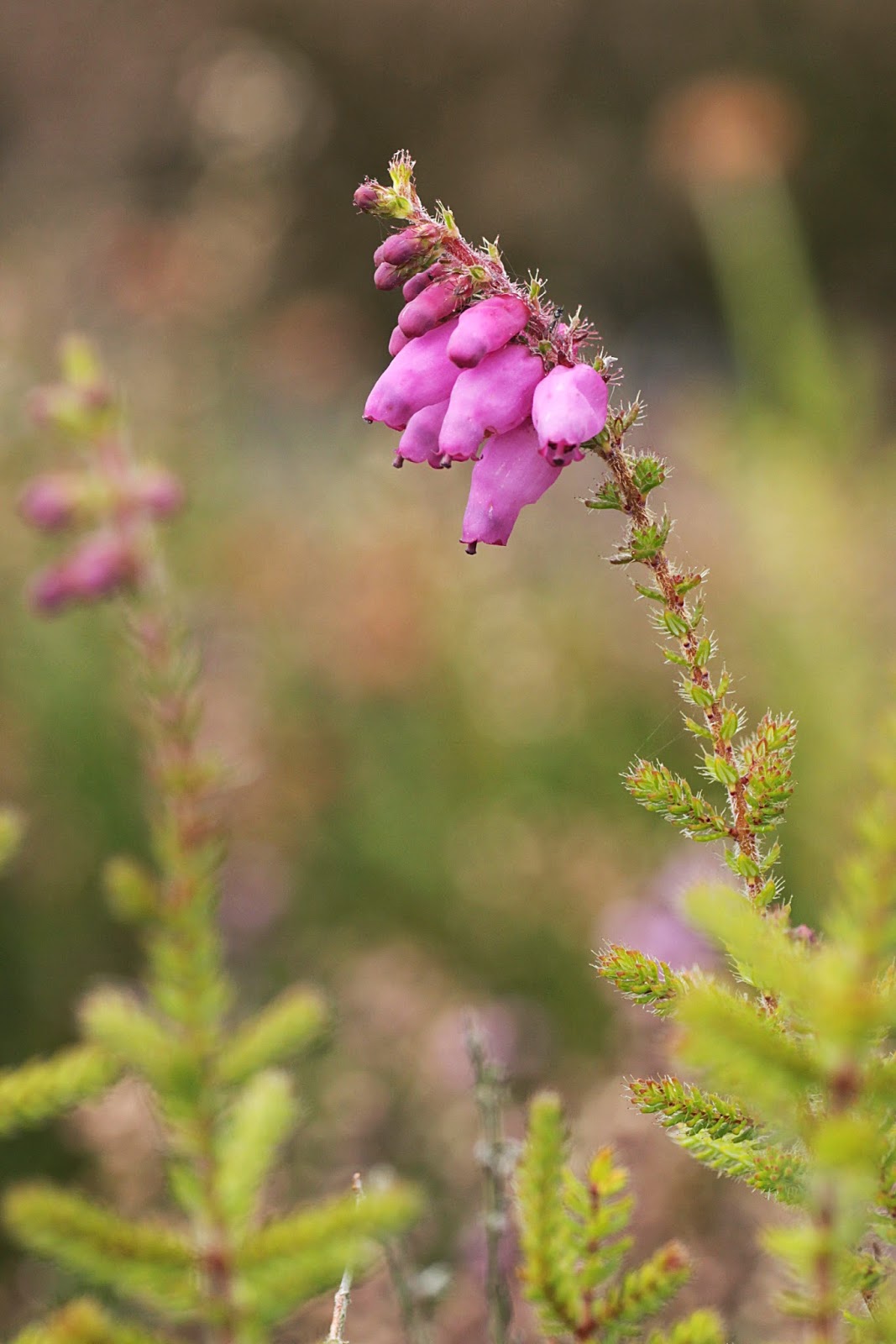 Animals are much less prone to such shenanigans, and there is no difficulty is recognising today's star, the pretty crab spider Thomisus onustus.  Both the abdomen and head are drawn out into a pair of points, those on the head having an eye at the end, like a hammerhead shark.  It usually comes in pink, but it can become white or yellow if the mood takes it.  Pink is definitely best for hiding among the Bell Heather and ambushing visiting insects.  It is a rare spider in Britain, where it is found on heaths between Dorset and Surrey: it seems to shun those further east, west, or north.
﻿ 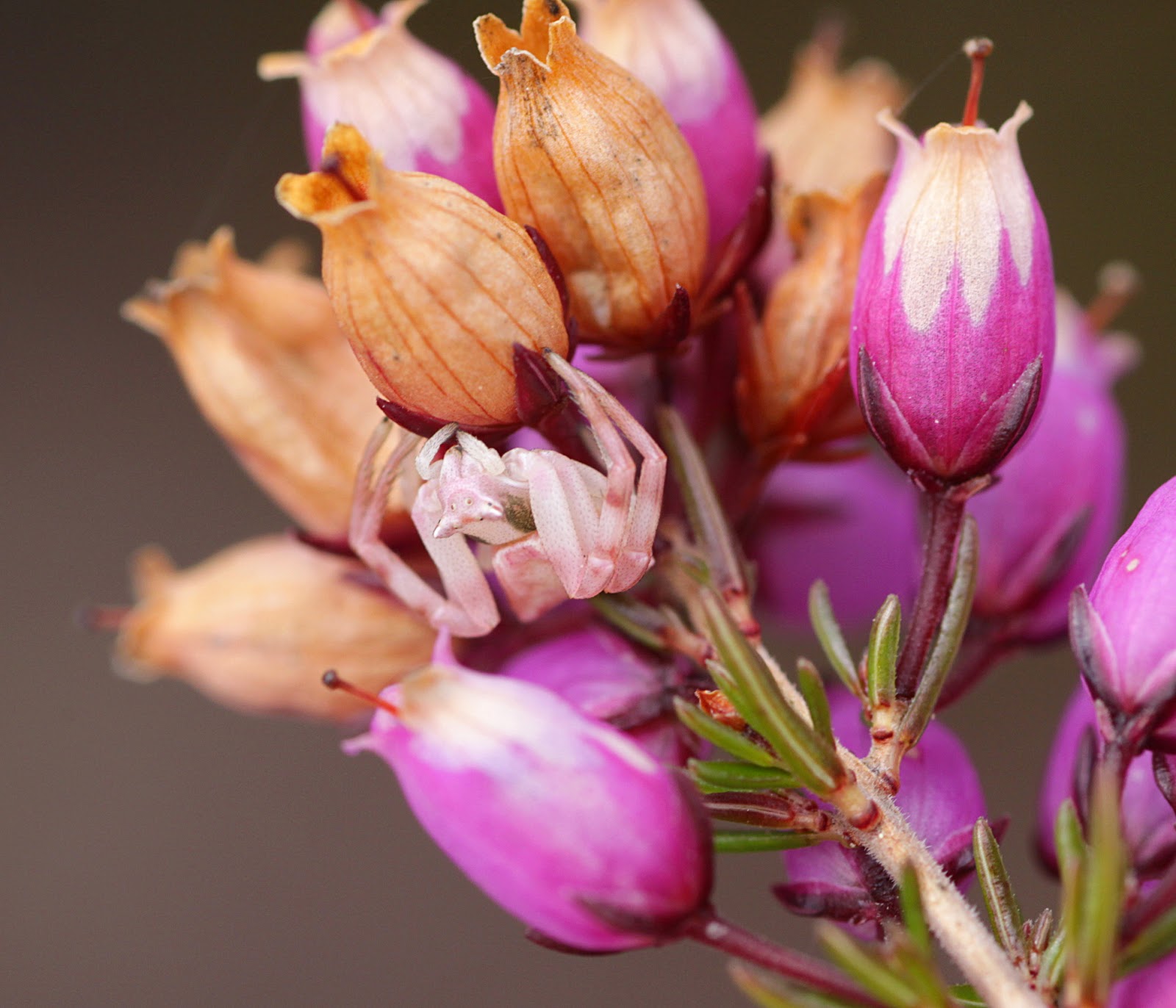