The spider from the Emerald City 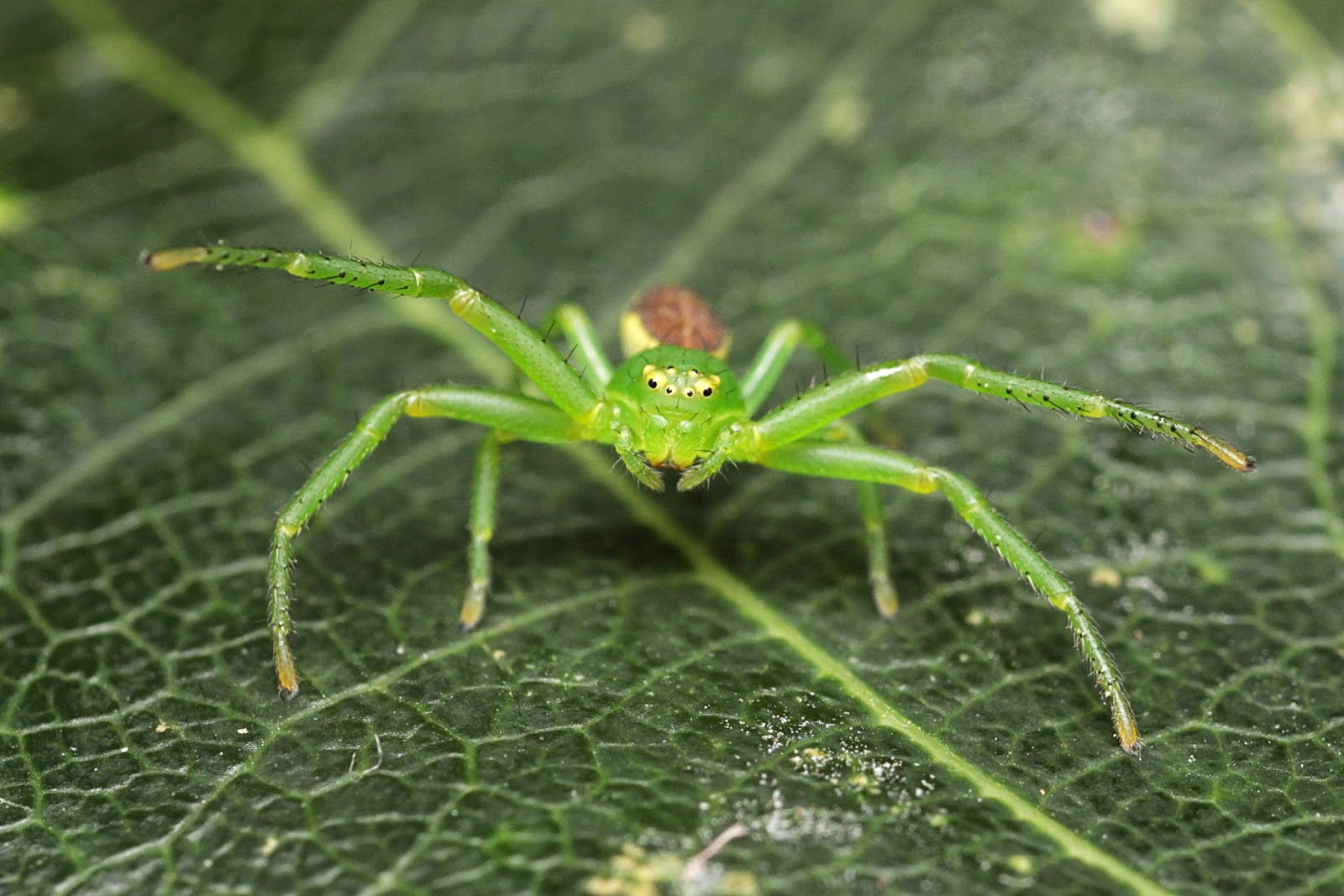 One of the highlights of today's invertebrate training course was this little crab spider on the oaks.  One of the participants had asked what we would find on the different trees, so I gave her a beating tray and suggested she find out.  We were showered in Birch Bugs Kleidocerys resedae from the birches, Yew yielded little, but the oak gave us Diaea dorsata, which looks as though it is made of emerald and would fit in well on the buildings in the capital of Oz. 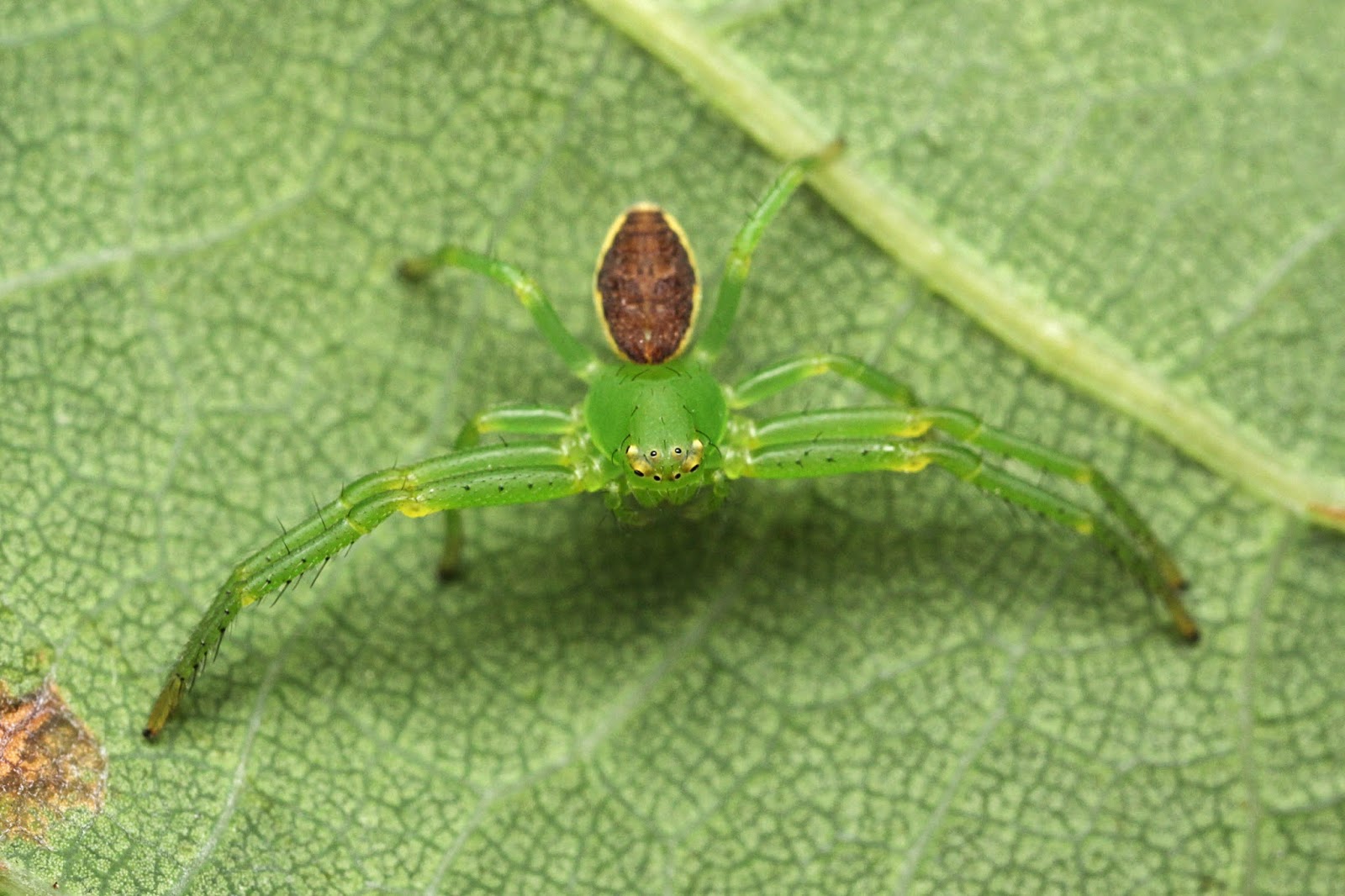 Here it is in typical crab-spider pose, with its long front two pairs of legs held out and close together.  Down on the heath we found Heather Beetles everywhere: on the heather and all over the path in thousands.  It will be interesting to see what effect this has on the heather next year.  A lot of it is looking rather brown now.

A bit further on we came to the fence posts that are well known locally as the place to find Marpissa muscosa, which was at home in its usual spot.  This is one of our largest jumping-spiders, appropriately called the Fencepost Jumper, and it is as adorably cute as most jumpers are.  I underestimate the ability of these spiders to tackle large prey, but as these photos from the spring show, they are capable of grabbing a quite substantial meal and holding it down. 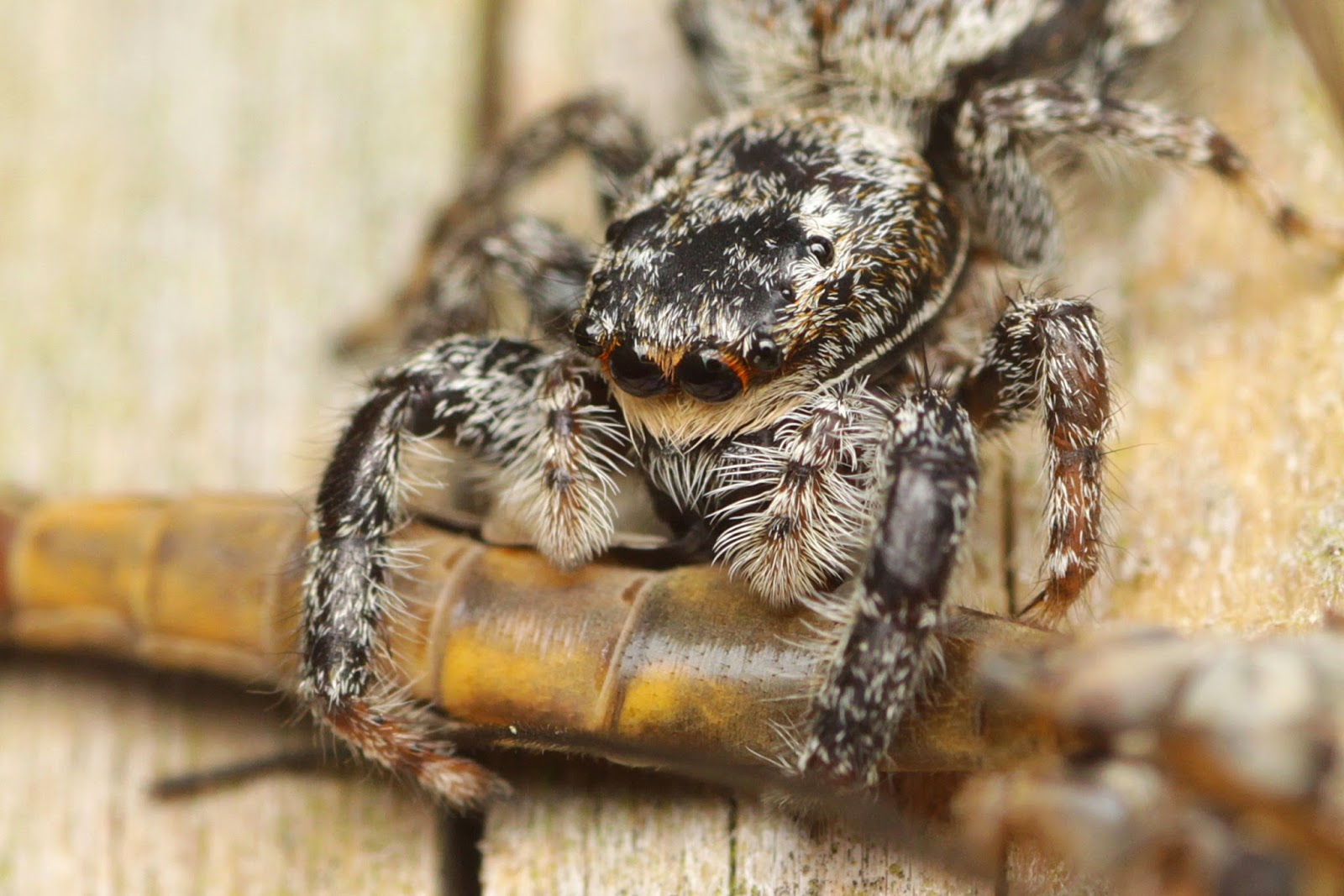 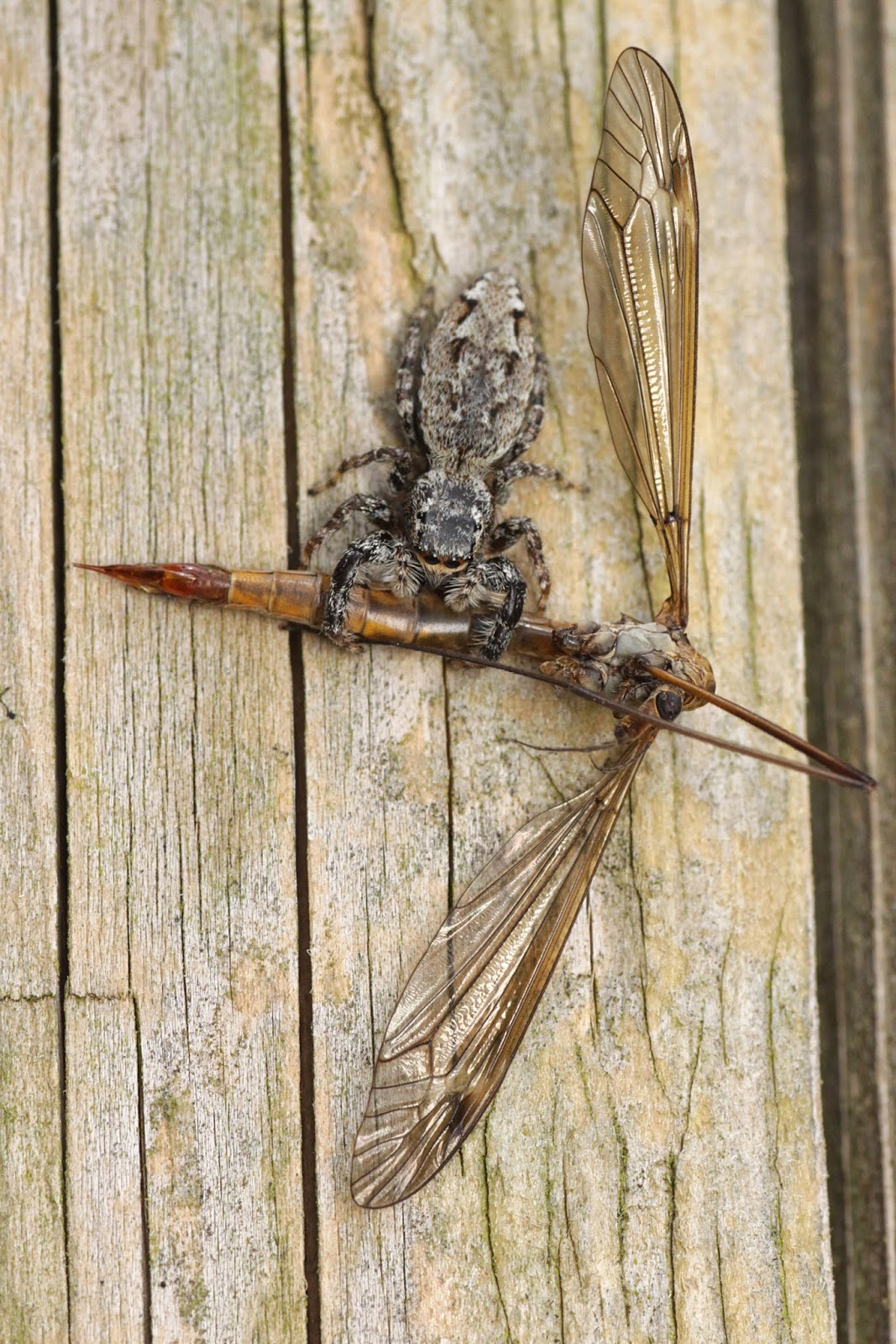