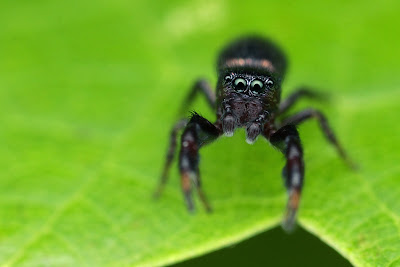 About 150 years ago someone found Meloe mediterraneus somewhere near Southend.  This nocturnal, winter-active oil beetle has recently been rediscovered in Britain, so we decided to head to Wallasea, near Southend, on the million to one chance that we would find it there too.  Of course we did not.  But before it got dark I had a look at the saltmarsh and the sea wall.  It was a warm day, and there were plenty of  insects around.  Most of them were Sitona lineatus, a very common weevil, but some of them were not.  One of those was Rhinocyllus conicus, a bristly, pretty thistle-feeding weevil, basking on a fence post 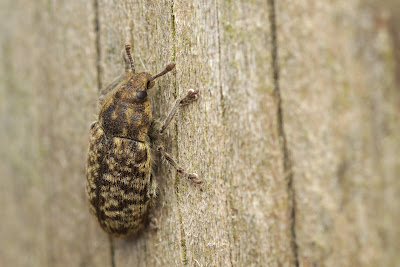 In the saltmarsh, I set about grubbing under Sea Purslane, trying to find some saltmarsh spiders.  I was not expecting a tiny jumping spider with huge front legs like muscular orang-utan arms complete with a fringe of dangling hairs on the under side like tassels on a pair of Elvis trousers. 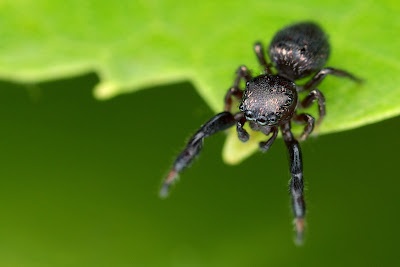 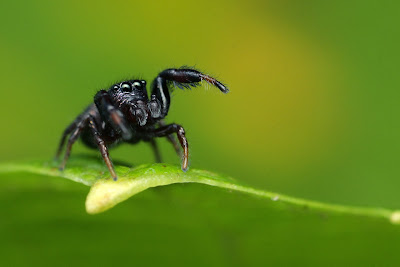 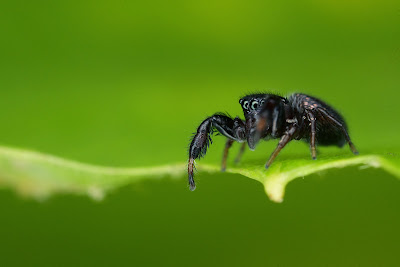 The Popeye arms are characteristic of the Golden Jumping Spider Bianor aurocinctus, a scarce species with its headquarters around the Thames Estuary.  So, while a damp dark hiding place under a small shrub in a saltmarsh might not be where I would expect to find a spider of dry, warm, open places, we were in the right area. 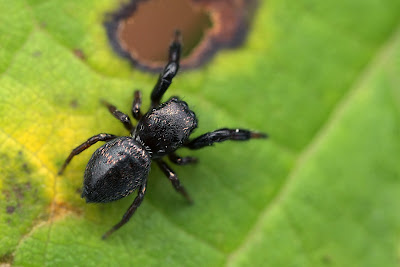 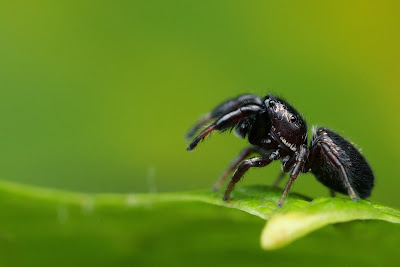 Another feature of this spider is the rear eyes set far back along the head and further apart than the front ones.  Whichever way you look at it, it is a charming little thing.  Hands up who thinks jumping spiders are cool. 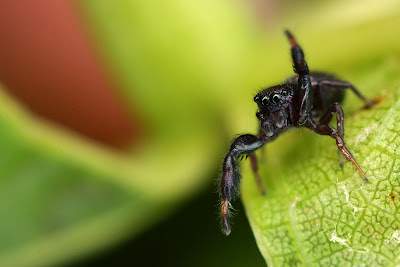