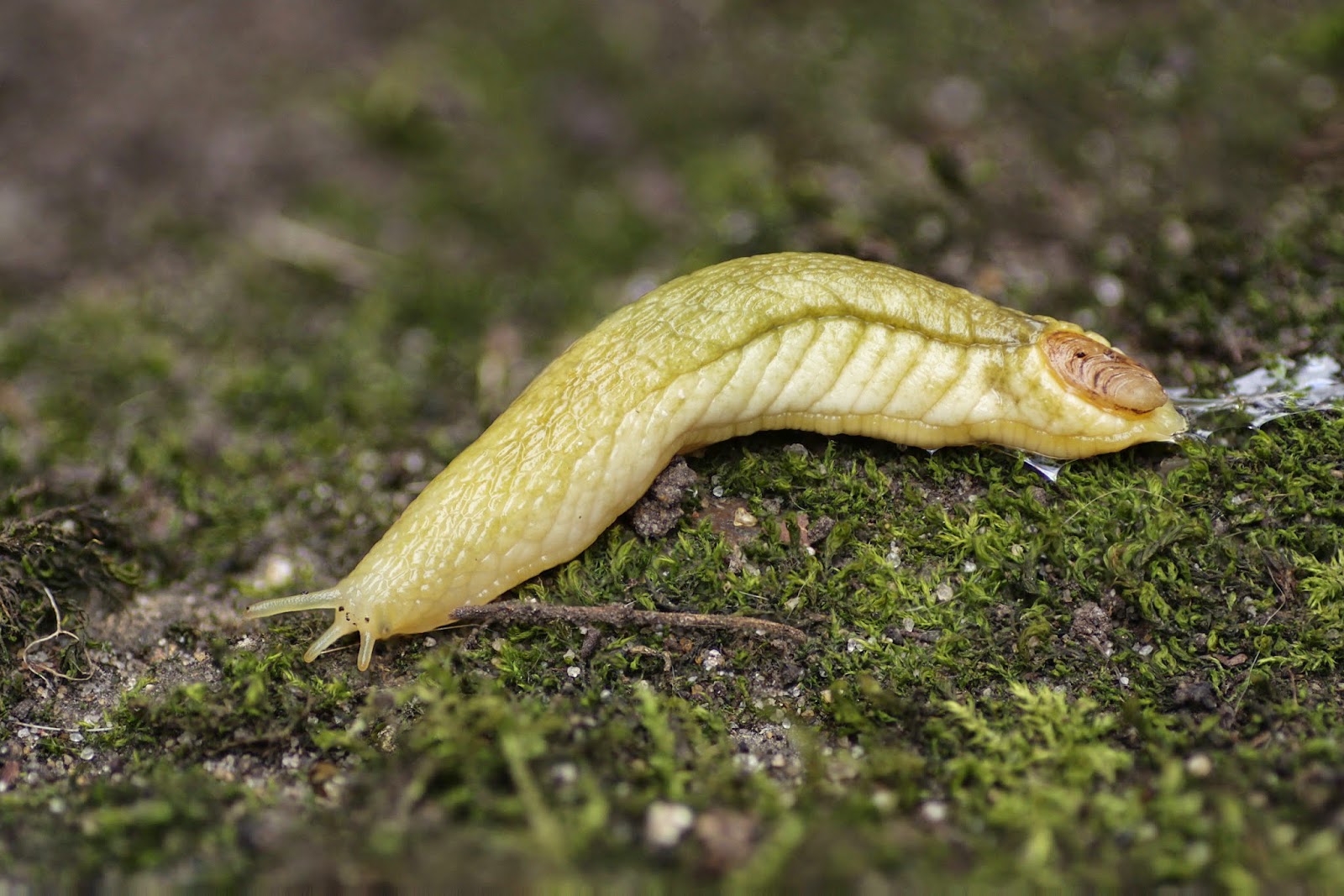 Winter was back again today.  Not for us the bees at the flowers and the bugs scurrying across small patches of sand warmed by the sun.  Things would be trying to escape the cold and we would have to annoy them a little by exposing them if we wanted to find them.  Time to turn things over.  This can be very rewarding, but I do find that I often need to turn over a lot of things before I find something good.  If there is a way of knowing which logs or stones are going to be sheltering the most exciting insects, I have not yet discovered it.  But I can report two successes today.  The first was Endomychus coccineus.  This is a bright red beetle and by that alone it qualifies as exciting.  It has a rather waxy finish to it, which, together with its vivid colour, make it the beetle that most looks as though it is made of plastic: if it could be trained to sit on a cake it would be a pretty decoration.  Its real lifestyle involves eating fungus under the bark of timber, which is probably better for it than a diet of icing. 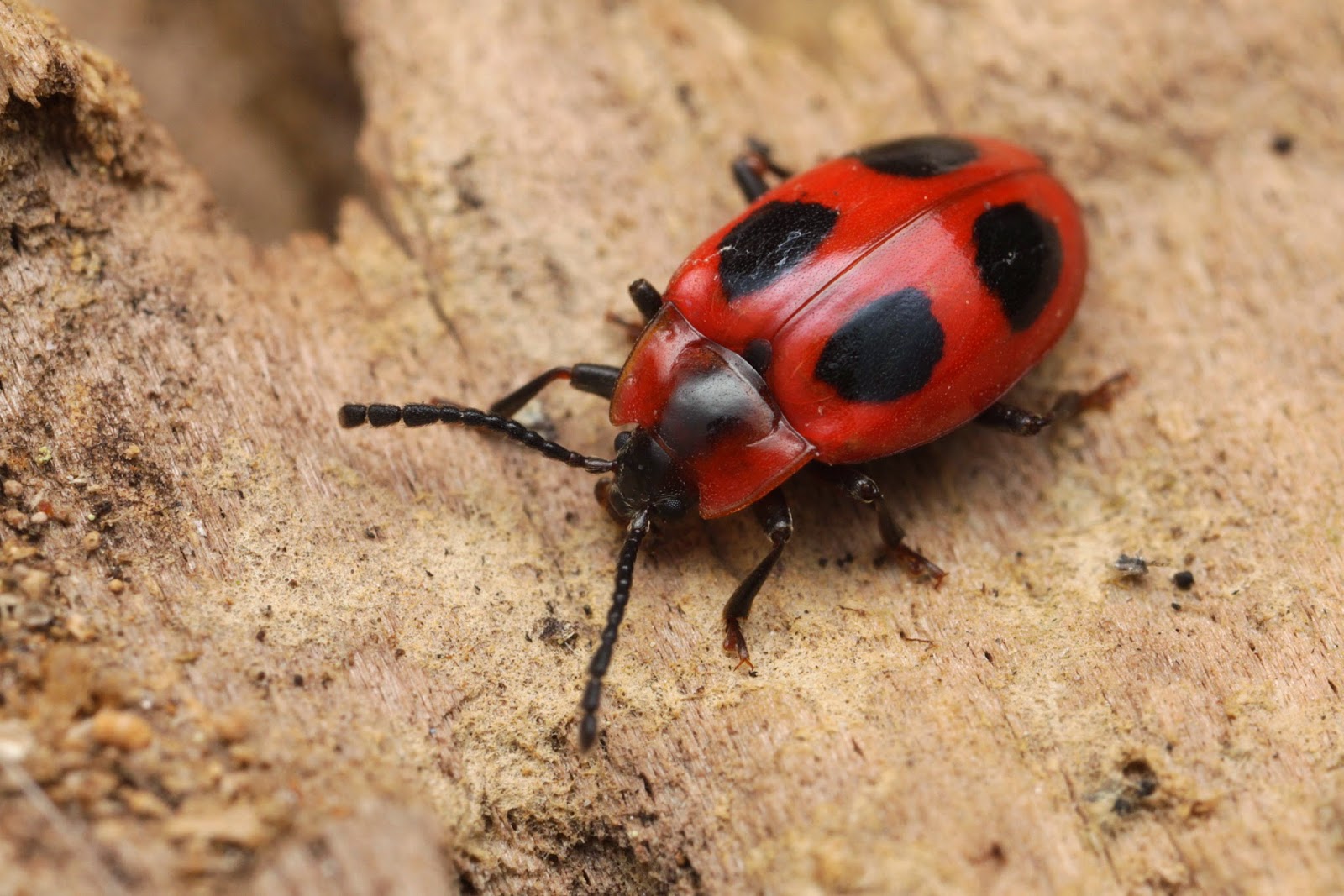 Success number two was much more unexpected.  I lifted a stone in the wildlife garden and saw an unusual pale lemon-sulphur slug.  Both Col and I were immediately reminded of a day four years ago when he found Testacella haliotidea on a nearby wall.  This had to be it again.  We brushed off some of the soil, and our suspicions were confirmed when we revealed the small shield-like shell.  Such a meagre shelter could never accommodate the body of its bearer, so Testacella is usually called a slug rather than a snail. 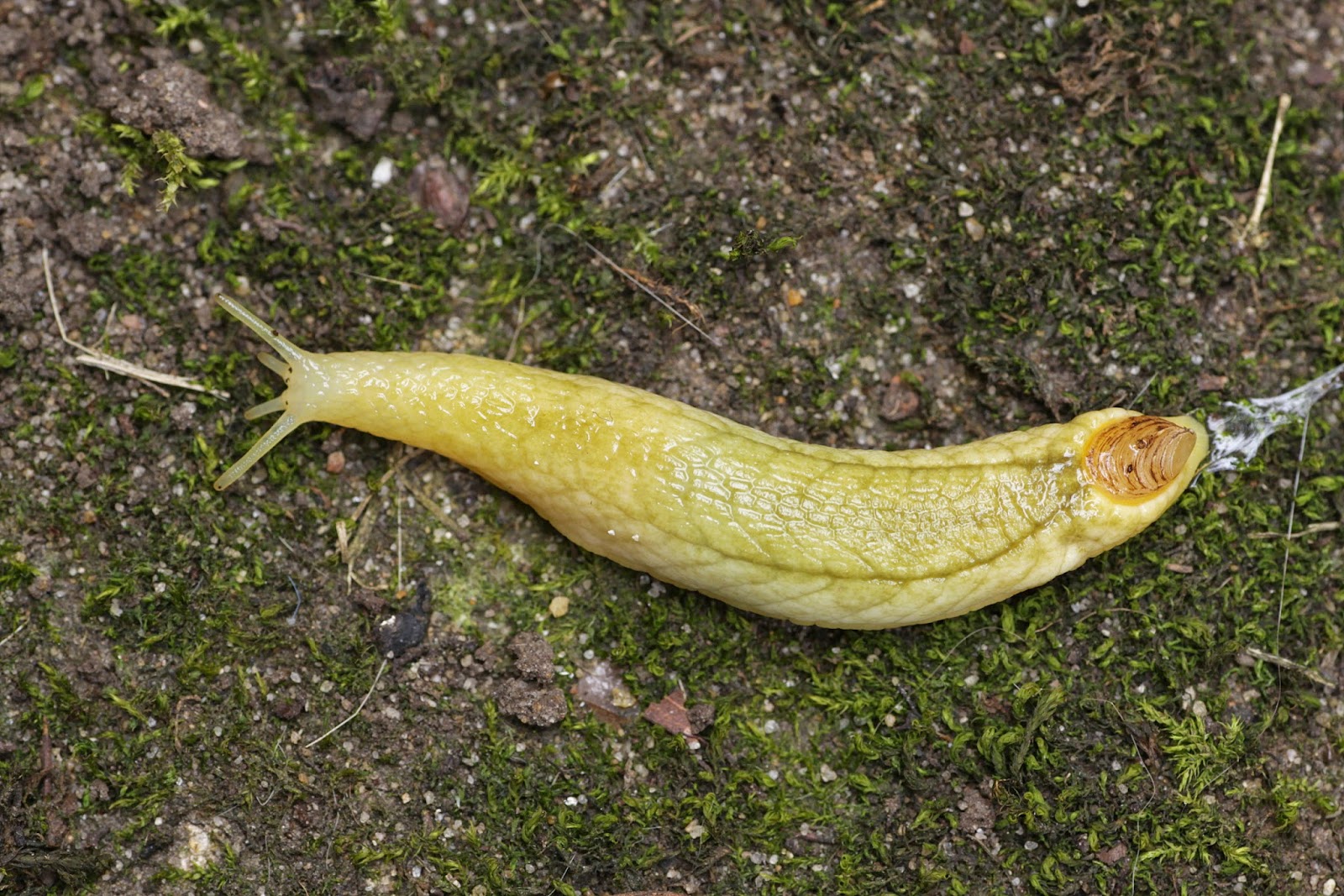 There are four Testacella slugs in Britain.  One of them, maugei, is brown, and the two deep lines on its back are rather far apart where they disappear behind the shell.  Our species, as you can see from the photos, has the lines almost meeting before they vanish.  In the other two, the lines meet before the shell.  Interestingly, the other two are Testacella scutulum and an unknown entity, which may or may not be an undescribed species.

All the Testacella species in Britain are probably introduced.  Our one was noted in gardens in several places by the middle of the 1800s.  It is widespread but patchily distributed, though its real range and numbers are hard to know because it is a difficult thing to find.  It spends most of its time under ground pursuing worms to hoover up, so it is rarely encountered.  At the 2011 sighting, Malcolm described seeing his first shelled slug as 'a childhood dream come true'.  It had taken us four years to get a second chance for any other malacological dreamers. 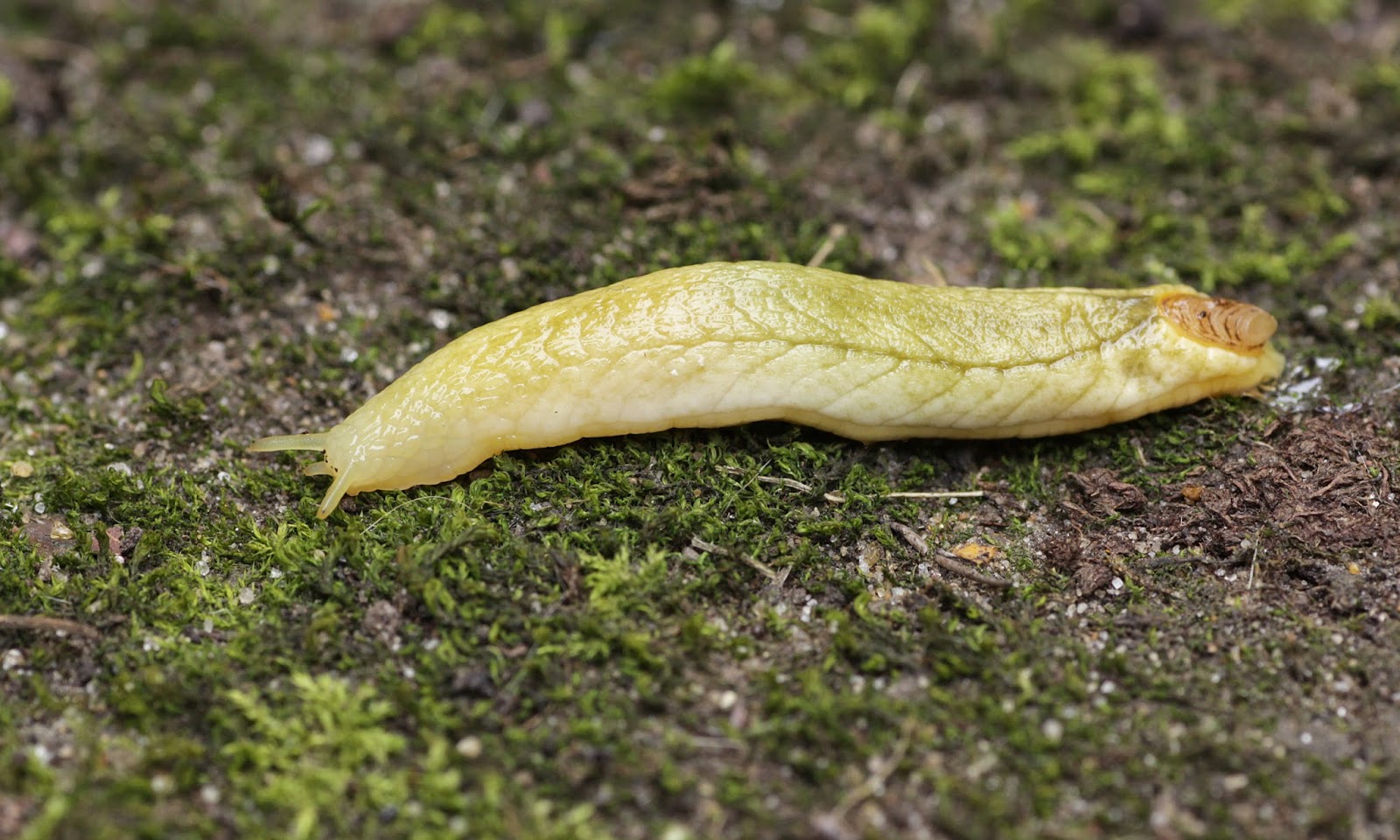