After a warm yesterday, we hoped for a few more moths this morning.  We trebled the number of species (up to six today), and had another one of my early spring favourites, Yellow Horned.  This is not one of the most colourful moths, but it often looks so crisp and precise, with a texture like roughened brass neatly etched with black lines.  If you are lucky, or if you annoy it, it reveals its orange-brown antennae, which are unexpected on a moth that looks as though it was designed in faded, yellowing monochrome. 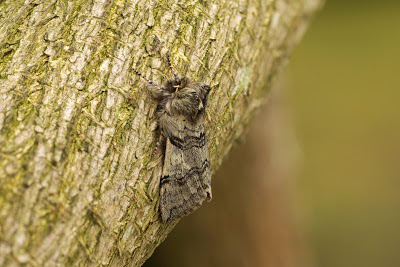 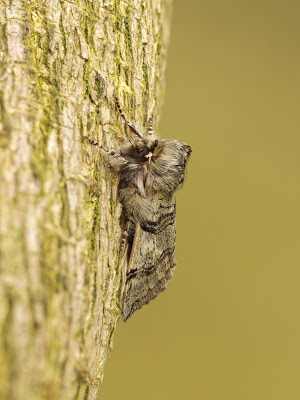 This was a nice start, but it was eclipsed by the star of today's show, a Water Shrew in the ornamental pool outside the offices.  Nick the gardener came in to tell us he had seen one in the pond he was cleaning out.  We went out to look, and it was doing just what he said it had been doing when he saw it: it swam quickly out from under the moss at the base of the fountain, wriggling like tadpole as it moved into the thick weeds.  It was now hidden, but we could still track its movements from the bubbles it sent up.  Then it swam just as rapidly back to the fountain, but often coming up for air on the way.  It looked sleek and silver-grey under the water, but once it broke the surface it was obviously a shaggy-haired mammal.  It did this every few minutes, and on some of its sorties it swam right up to the edge of the pool below where we were standing.  It was moving quickly and twitching all the time; if there is one things shrews are not are very good at it is lounging around and relaxing. 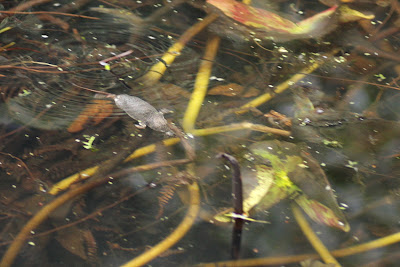 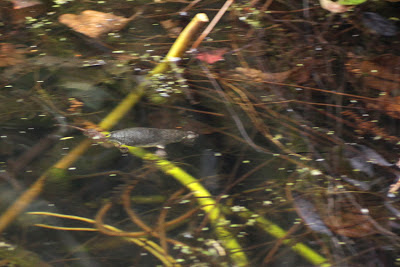 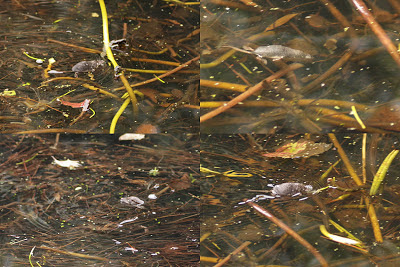 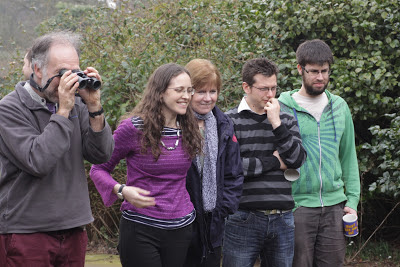 It was still darting in and out from its mossy fountain when I left for the day and went down to the common for another memorable encounter with the Barn Owl before it got dark.  I had to wait later than in recent evenings, but it appeared at 1750 and tonight it came even closer than it had on previous days.  It stared at me with its dark, black, impenetrable eyes as it flew past and then swooped down into the long grass.  I was glad I was not a vole.