It has not been the weather for going out, but I had a day with broad-nosed weevils at the museum on Friday.  These weevils have short snouts, which takes away some of the cuteness, but they make up for it in other ways.  I am particularly fond of the prehistoric looking Trachyphloeus.  They look like little dinosaurs, armoured with a mixture of scales and soil, and with strange paddle-shaped spines.  If they are not ancient reptiles, they might be miniature hippos, with fat bodies and broad, rounded noses.  Appearances aside, some of them are also unusual in not bothering with males.  Males of Trachyphloeus angustisetulus have been found in mountains in France and Spain, but not in Britain.  It has three sets of chromosomes and it lays unfertilised eggs that hatch out into new beetles that are clones of their mother. 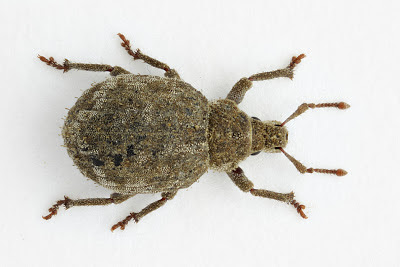 Trachyphloeus scabricul uses the more traditional way of reproducing, with males and females getting together and doing what comes naturally.  This species has larger paddle-spines than angustisetulus and it is not so fat: more hedgehog than hippo. 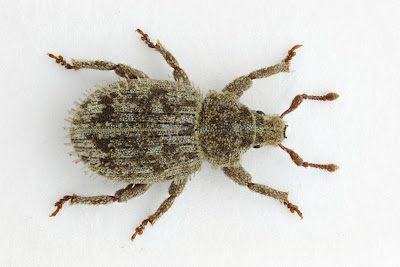 Somebody once said to me that if insects were the size of dogs, any one of them would be the most amazing animal you had ever seen.  Too right.