After a morning introducing myself to the flora and fauna of the Andalucian mountains, it was time to get serious.   A half-hour drive took me to the Parque Natural Sierra de Grazalema on a winding road passing through the white villages of Benaoján and Montejaque.  As I entered Montejaque the streets became narrower and narrower and steeper and steeper, but I found my way to a small car park at the start of the Llanos de Líbar trail.  (You can find maps, trail guides, and other information for all of the parks and reserves in Andalucia on the Andalusian Government's website.  This is a very useful resource; almost everything I needed, including very detailed maps and guides, was available here, so thanks to the Consejería de Medio Ambiente for providing so much useful information.  The citizens of Andalucia should consider themselves the envy of people throughout the globe.)

This heads out of the village past small hand-cultivated fields of olives and vegetables on one side and goat pens built against the cliffs on the other.  I did not have to go far before I saw a small yellow Narcissus was growing on the cliffs out of reach of goats and pickers, and me.  Further along, as the allotments and smallholdings turned into larger pastures, there were a few clumps of the Narcissus on steep but low rocks faces where there was enough protection from chomping goats, but where a small naturalist could scramble up to examine them. 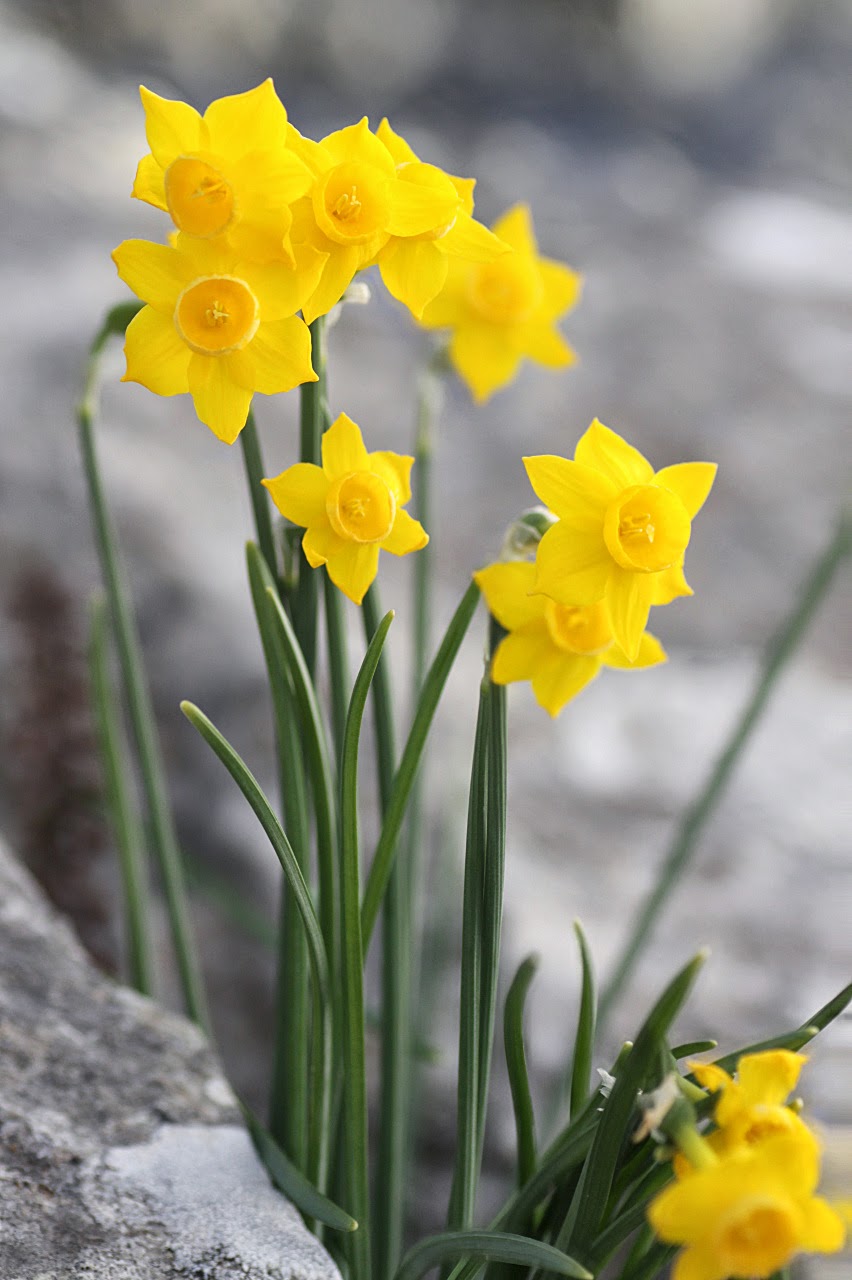 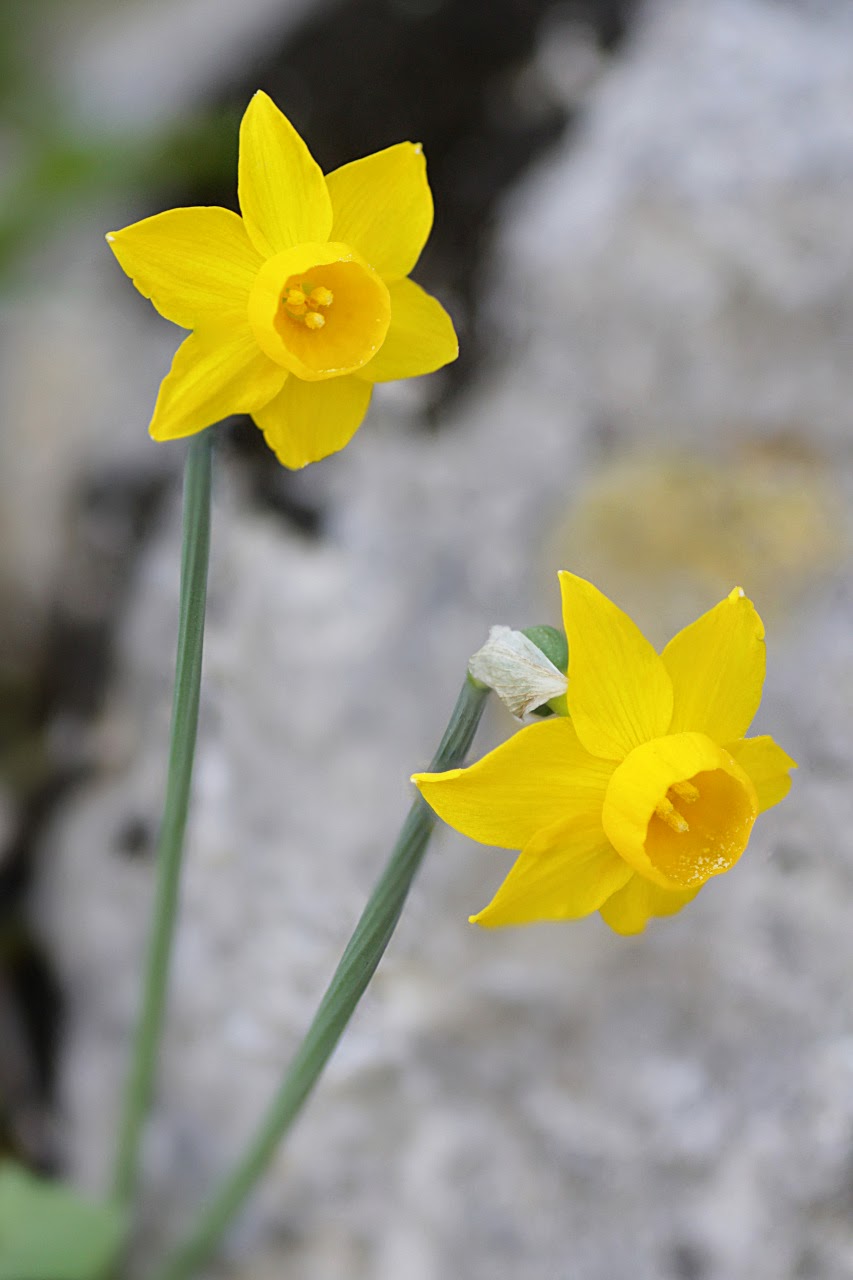 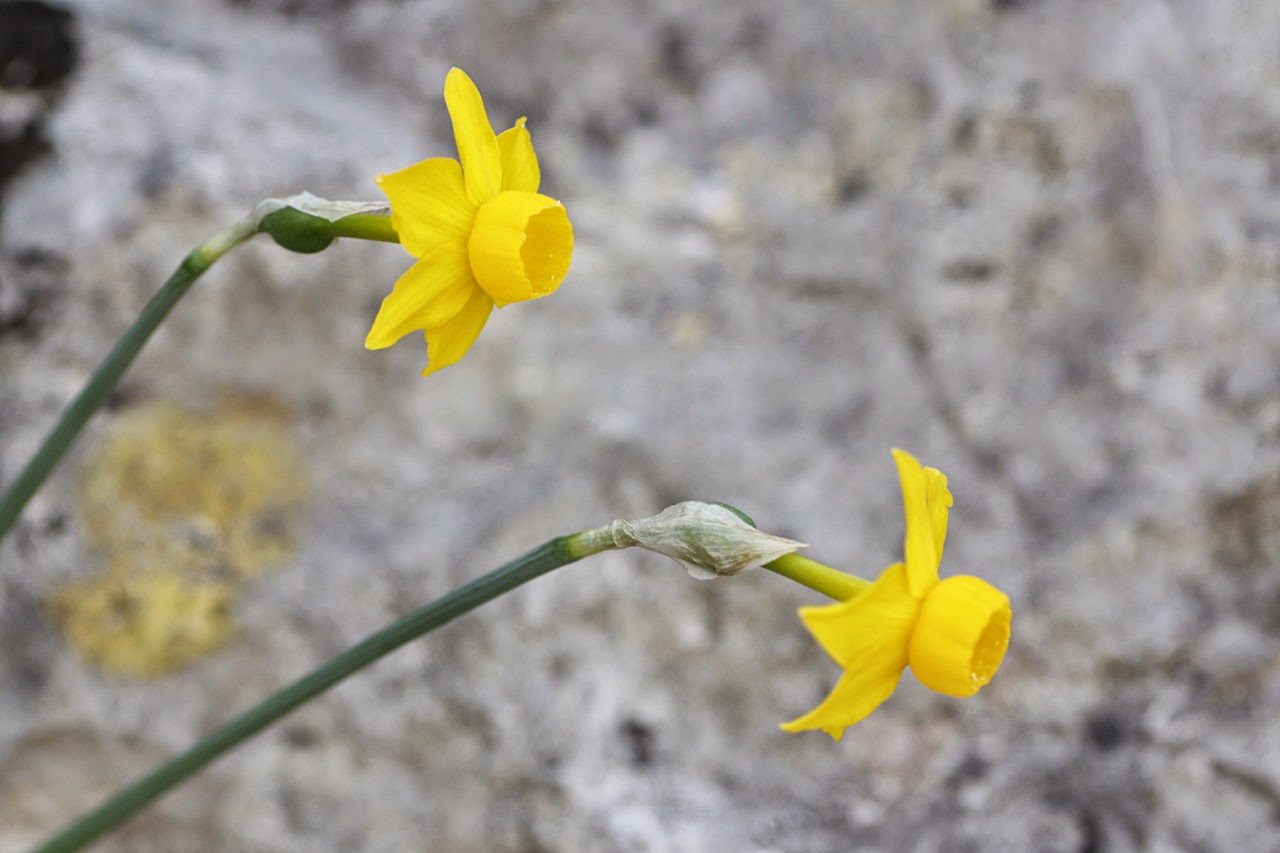 The furrowed stems and broad leaves identified them as Narcissus cuatrecasasii.  In most floras the genus Narcissus is broken down into sections, each of which is easily recognisable, often in contrast to the species within it.  The plants I had found were part of Apodanthae, which have a short corona (the tube in the middle of the flowers) and leaves with two keels running along the under side.  Narcissus cuatrecasasii represents this section in the western Rif Mountains of Morocco and the Baetic Cordillera of Andalucia, and a fine job it does too, its yellow stars decorating the limestone cliffs before the later flowers have deigned to show their faces. 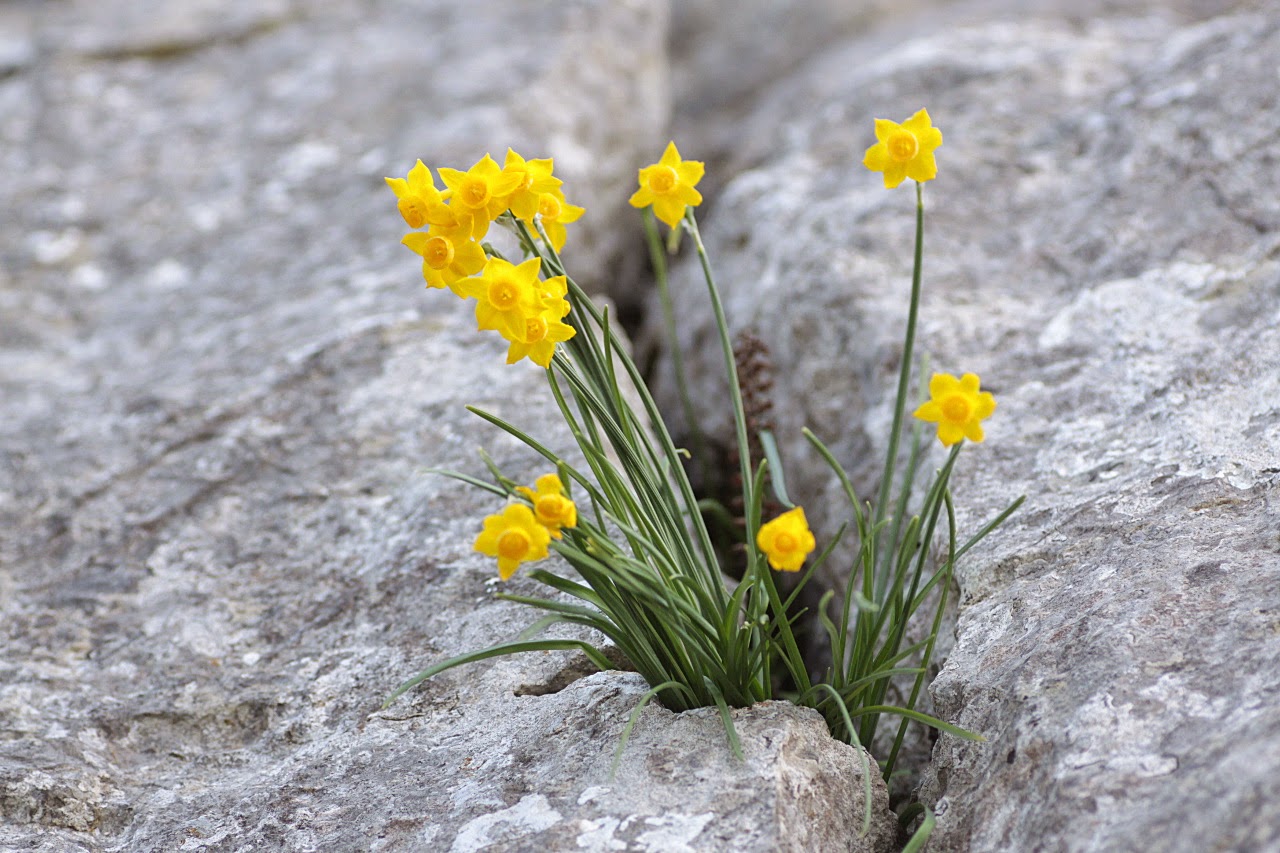 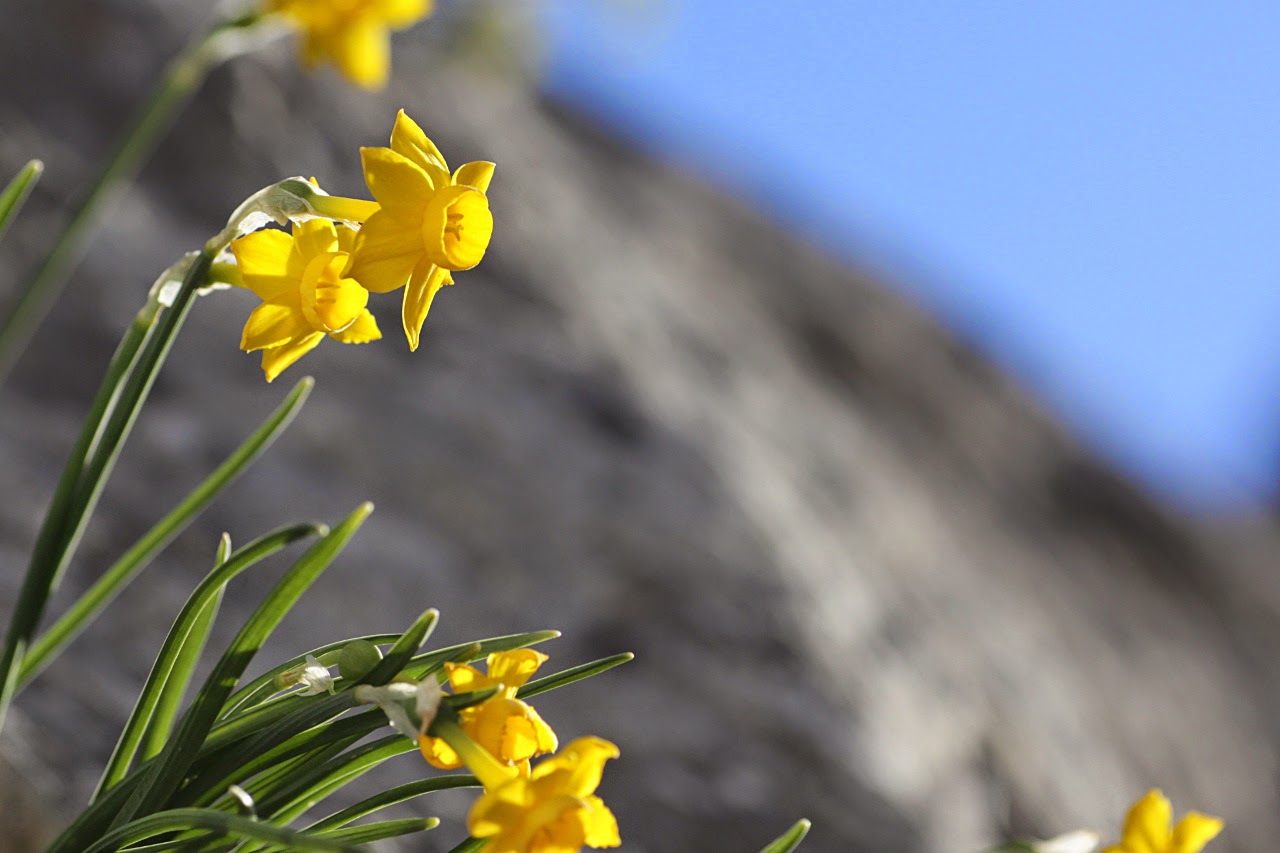 The rocky landscape here was to the liking of a pair of Black Wheatears, another link with Morocco, a few Ring Ouzels, and a fetching Black Redstart.  Along the sides of the track and at the foot of the cliffs Vinca difformis formed drifts of mauve flowers, some of them investigated by a Hummingbird Hawk-moth Macroglossum stellatum. 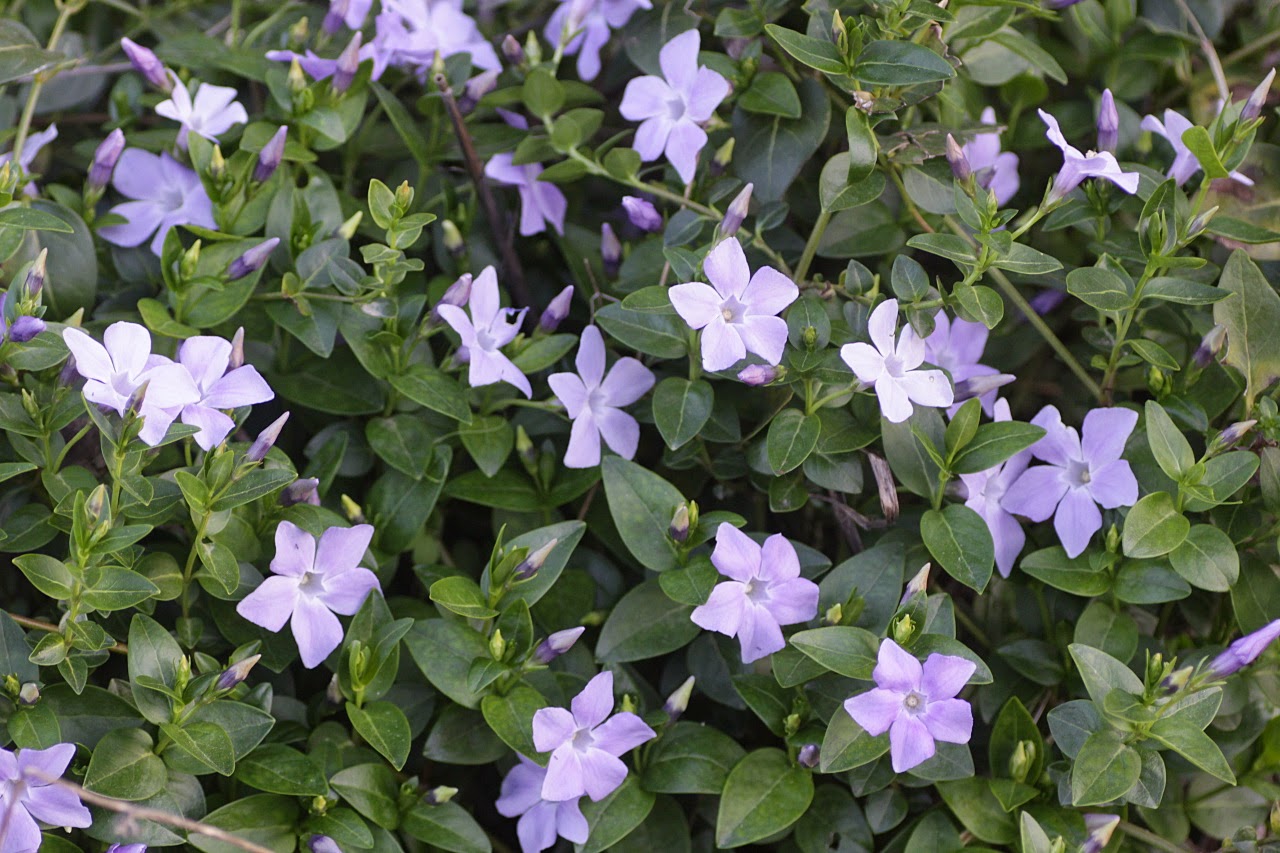 I suspect that i) the toxicity of Vinca; ii) the abundance of goats; and iii) the absence of many other flowers, are not just a series of unconnected coincidences. 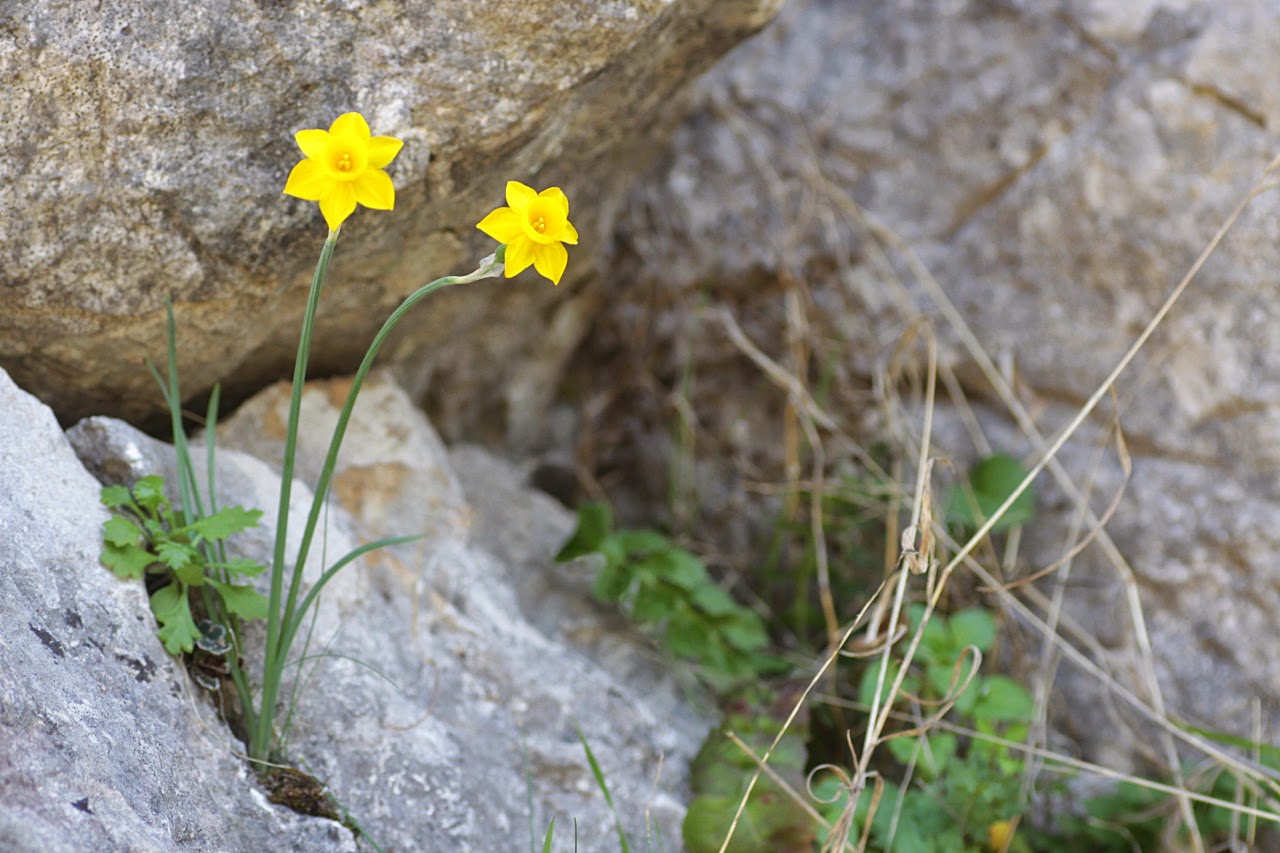